K-9 sniffs out $60,000 worth of fentanyl stuffed into breakfast burritos, Customs and Border Protection says 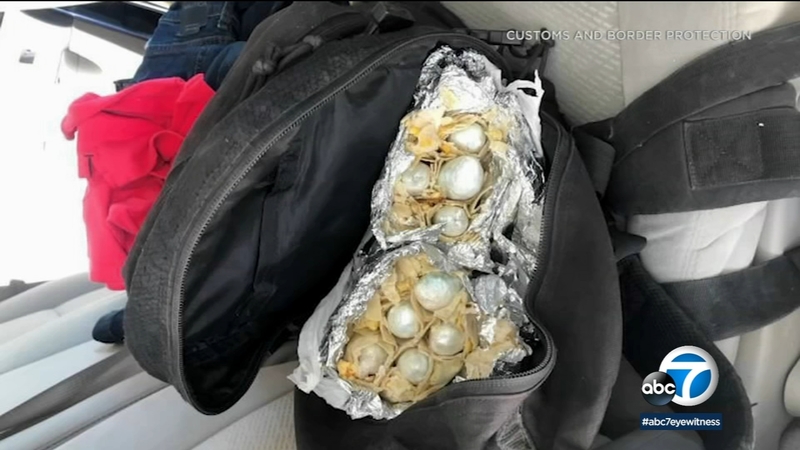 K-9 sniffs out $60,000 worth of fentanyl stuffed into breakfast burritos

U.S. Customs and Border Protection dog alerted authorities to the pills at the Yuma Sector immigration checkpoint in Arizona.

The burritos stuffed with fentanyl were inside a backpack that a 37-year-old man was transporting in an SUV.

The drugs weighed more than 5 pounds and have a street value of nearly $60,000.

Officials arrested the man on Monday and seized the drugs.

Disturbing new video shows smugglers dropping two toddler sisters from the top of a 14-foot-high barrier at the border in New Mexico - and then abandoning them.

Fentanyl is of specific concern to law enforcement because it is a large component of the opioid crisis.

This marks the second time in as many months officials have intercepted drug-laced breakfast food.

In February, federal agents in Cincinnati found nearly $3 million worth of Corn Flakes coated with cocaine heading for Hong Kong from South America.