Fentanyl-related deaths on the rise in Orange County 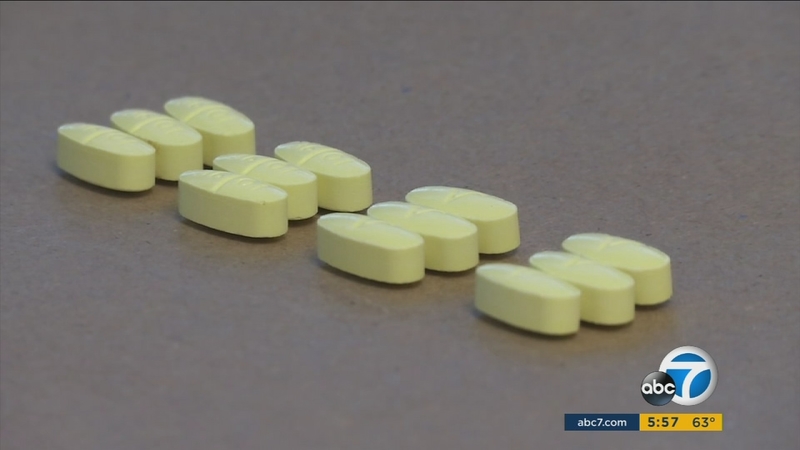 Fentanyl-related deaths on the rise in Orange County

SANTA ANA, Calif. (KABC) -- A dangerous street drug can come in the form of a pill and has already claimed the lives of four people in Orange County.

Fentanyl is a powerful opioid that is often used to spike heroin and cocaine to make them stronger.

Pharmaceutical fentanyl is a painkiller that's 50 to 100 times more potent than morphine, according to the Centers for Disease Control and Prevention.

While Harmon and her team see overdoses from prescription abuse, they said what they're seeing now in Southern California is much more concerning.

Last January, the lab began to see acetyl fentanyl, a version of the pharmaceutical cooked up illegally.

Forensic scientist Teresa Baisz said what's even more concerning is drug users may buy pills and not know they've been cut with fentanyl.

"Oxycodone or a Xanax or Vicodin, and when we test it, we find out it doesn't contain any of those things, it may contain fentanyl," Baisz said.

In the past three years, the CDC reports illicit versions of the drug have killed about 700 people, predominately on the east coast.

The spike in overdoses prompted warnings from the Drug Enforcement Administration and the CDC.

"The potential is for the users to have it, to be driving under the influence of it, or to ingest it and potentially it causes death," Harmon said.

While health officials attempt to stay on top of illegal fentanyl, they said it's hard to keep up with the new versions being produced.