'The Queen of Basketball' doc gets an assist from NBA greats Shaquille O'Neal, Stephen Curry 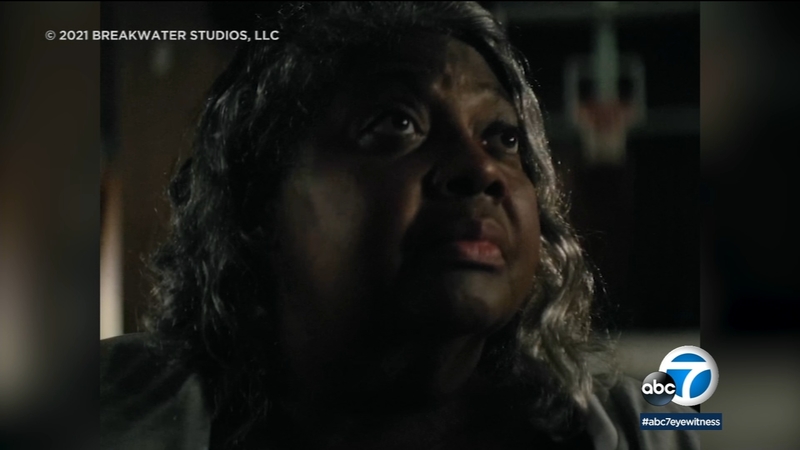 'Queen of Basketball' gets assist from Shaquille O'Neal, Stephen Curry

LOS ANGELES (KABC) -- It's a movie about basketball and it's hoping for a slam dunk at The Oscars.

Ben Proudfoot is up for his second Oscar in two years. The director of the documentary short, "The Queen of Basketball," first got basketball legend Shaquille O'Neal into his court. Now, 3-time NBA champ Stephen Curry is also in the game.

Both are executive producers of Ben's latest celebrated work.

The movie tells the story of Lusia "Lucy" Harris, who was a high school basketball superstar in her small Mississippi town. Then, she was breaking records and winning championships at Delta State University.

Lucy was even on the first U.S. Olympic women's basketball team. They won silver in 1976.

In 1977, she was the first woman ever officially drafted by the NBA. She turned down the offer. Shaquille O'Neal wants this pioneer, who died in January, to become a household name. And Stephen Curry says Lucy's achievements deserve to be recognized.

The man who made this movie agrees.

"That's been the most common reaction to our film is people saying, 'How come I don't know this? How come I'd never heard of Lucy Harris?' Even basketball historians," Proudfoot said. "That was Shaq's response. He said, 'I consider myself a basketball historian and I had never heard of Lucy Harris.' So that's kind of our mission as a filmmaking team."

Proudfoot got his first break as a student at USC.

He made "Ink & Paper," a short doc about side-by-side letterpress and paper shops in downtown L.A. trying to stay afloat in today's world.

"And it got a Vimeo staff pick in 2011 and that changed my life. It really did," Proudfoot said.

Last year, he was at The Oscars for the short doc, "A Concerto is a Conversation."

He believes this is his genre to tell great stories.

"If anything, I think it's the most exciting corner of cinema. And it's ascendant. I think it continues to grow," he said. "I think people are more and more interested and filmmakers are realizing, 'I can make a movie and I don't have to spend 10 years raising the money to do it.'"

"The Queen of Basketball" is about 20 minutes long.