The current stimulus package, like in 2008, excludes couples who file taxes jointly but where one does not have a social security number with the exception of military families.
KABC
By Anabel Munoz 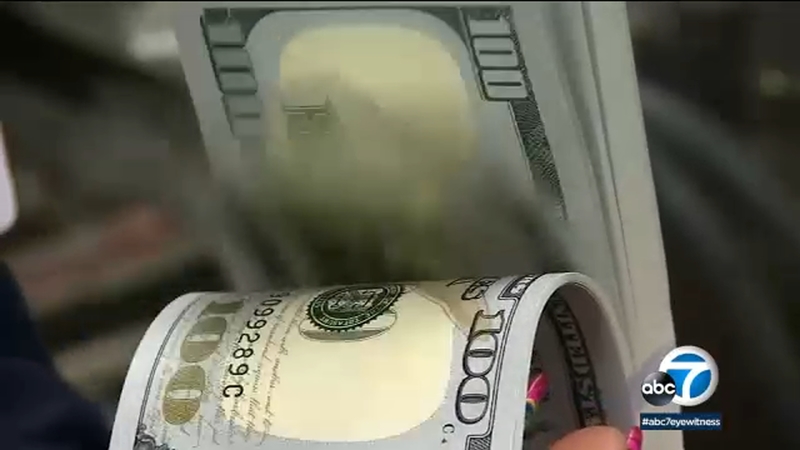 As millions of Americans receive a stimulus check, others are getting a reality check. Many U.S. citizens are excluded because of their's spouse's immigration status.

"I was born here, so was my daughter and we will not be receiving the stimulus check because I'm married to an undocumented person," a woman, who didn't want to be identified, told ABC7.

"It's outrageous, that's why I've co-sponsored Lou Correa's bill to say that everyone who's a taxpayer gets their stimulus check," said Rep. Brad Sherman.

Her representative, Rep. Sherman, says filing taxes separately may be an option.

The current stimulus package, like in 2008, excludes couples who file taxes jointly but where one does not have a social security number with the exception of military families.

"If you haven't filed already, and the spouse with the social security number would claim the children as dependents, and then the other spouse would file separately using the Taxpayer Identification Number."

The ITIN number is not exclusive to undocumented immigrants.

"Also people who have a legal reason to be here, but don't have a social security number associated with their name," said Rep. Jimmy Gomez.

The woman ABC7 spoke with works for a school district and her husband, who is considered essential, is also working but says she's speaking for families who need help.

Americans who have student loans or other debt may see their coronavirus stimulus checks seized by their banks before they ever see a penny for themselves under a loophole allowed by the Treasury Department.

While some groups oppose undocumented immigrants receiving assistance, even if they pay taxes.

"The law should not draw distinctions among citizens, but certainly it is reasonable to say that people who are violating the law, people who are in the country illegally should not be entitled to take advantage of a finite pool of money that's available to help people through the crisis," said Ira Mehlman with the Federation for American Immigration Reform.