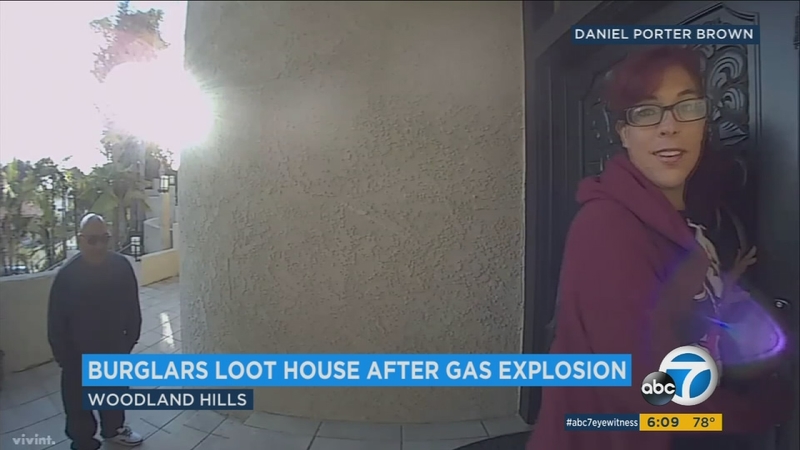 WOODLAND HILLS, LOS ANGELES (KABC) -- Burglars were spotted looting a house that was heavily damaged from a natural gas explosion that broke out inside the Woodland Hills home.

Cameras at Daniel Brown's home were rolling Saturday morning when one couple tried to open his front door. It was locked, so they went to his elderly neighbor's house, damaged in the fire, and looked for things to loot.

The suspects didn't get away before another neighbor saw them loading up the trunk of their blue Honda.

The house, located in the 4900 block of Marmol Drive, caught fire last Tuesday after a contractor hit a natural gas line, causing an explosion.

The couple who lives in the home are in their 80s. A gas company worker got them out safely just in time.

The home was heavily damaged, but that didn't stop the burglars from seeing what they could steal.

"Everyone is very upset that they've done this to Alice and Ron, and the fact that they're still attempting to break into other homes during daylight," Brown said.

Neighbors reported the incident to police, and the neighborhood watch is doing more nightly patrols.