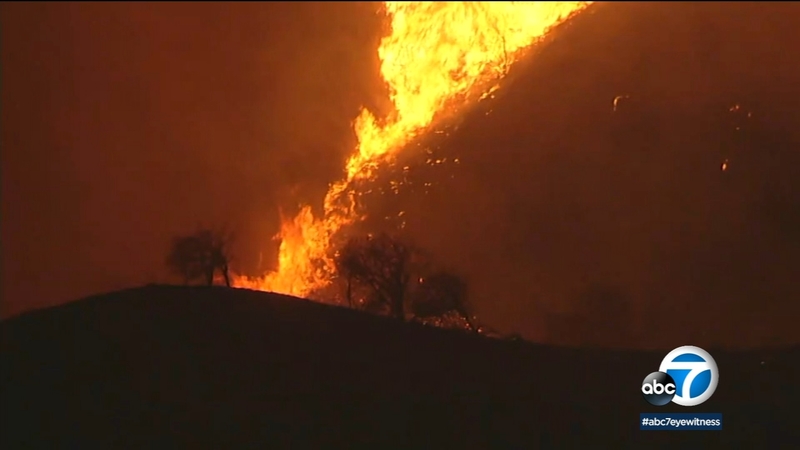 President Donald Trump's administration is reversing course on its decision to reject California's request for disaster relief funds in the wake of deadly and destructive fires that have scorched the state.

After originally saying the federal government would not declare a major disaster, the administration reversed course on Friday, according to Gov. Gavin Newsom and a Republican congressman from California.

What does this mean for the state's wildfire recovery and what comes next? Here's what you need to know.

What is California requesting aid for?

Investigators are looking into the possibility that tree branches coming into contact with Southern California Edison equipment may have sparked the massive Bobcat Fire in the Angeles National Forest.

Why did the Trump administration originally reject California's request?

"This summer, President Trump quickly approved wildfire relief for the State of California that was supported by damage estimates. In fact, this week the President made additional disaster assistance available to California by authorizing an increase in the level of Federal funding to 100% for debris removal and emergency protective measures undertaken as a result of the wildfires, beginning August 14, 2020, and continuing. The more recent and separate California submission was not supported by the relevant data that States must provide for approval and the President concurred with the FEMA Administrator's recommendation."

Why did the Trump administration change its mind?

Though the reasoning on the change isn't yet clear, Republican leaders said Friday that the president was "committed to reverse FEMA's decision to deny the request" and a "Presidential Disaster Declaration is imminent and help is on the way."

"Just got off phone with @realDonaldTrump who has approved our Major Disaster Declaration request," Newsom later said on Twitter. "Grateful for his quick response."

Just got off phone with @realDonaldTrump who has approved our Major Disaster Declaration request.

Grateful for his quick response. https://t.co/rF7VFqSENl

Congressman McCarthy @GOPLeader has just informed me that the President has committed to reverse FEMA’s decision to deny the request for a federal disaster declaration for the recent fires. The Presidential Disaster Declaration is imminent and help is on the way.

Why does California need the help?

California is already in a very tight spot when it comes to its finances, after the coronavirus pandemic turned its budget surplus into a $50 billion budget deficit. Fighting record-breaking wildfires -- and trying to prevent them -- are costly endeavors. It's not clear where the state would find that money in its budget without federal aid.