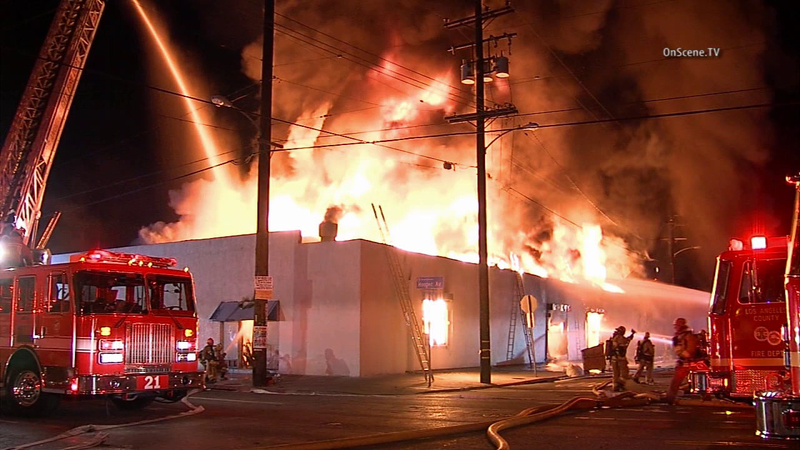 The blaze erupted around 1 a.m. on the 6800 block of Hooper Avenue.

Fire officials said the flames damaged at least 10 buildings that house an estimated 12 businesses on the block. The structures are not connected, but they're close enough that the fire was able to spread quickly.

The close proximity of the structures made the firefight challenging for crews. Also, some of the businesses, which includes a furniture manufacturer, carried highly flammable materials, making the fire stubborn.

Up to 250 firefighters worked to knock down the blaze in about 1 1/2 hours. Fire officials said no one was in the buildings when the fire broke out. One firefighter suffered minor injuries and was taken to an area hospital. No other injuries were reported.

Firefighters said two homes were saved and six people were displaced. Two dogs were also pulled safely from the fire.

Gato and Shakira are both doing well after being rescued by Fire Fighters. #ABC7 #thebumblesnot pic.twitter.com/KPX9TMfcPk