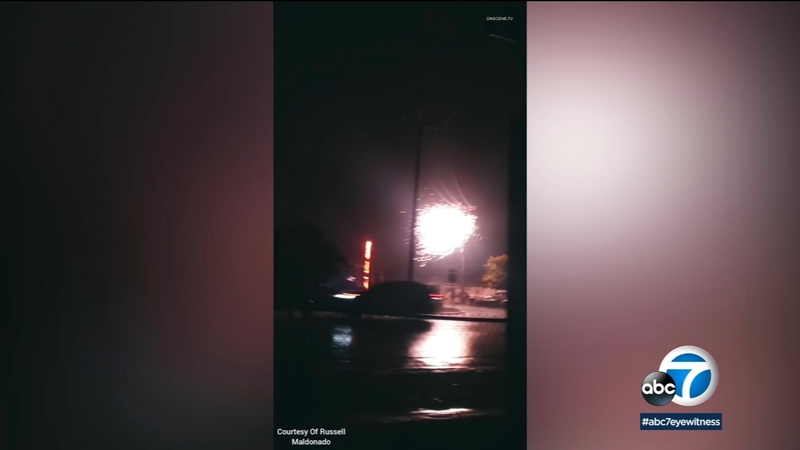 Video sent in by an Eyewitness News viewer shows a utility pole and transformer on fire just after a lightning strike off Citrus Avenue, near a shopping center, around 9 p.m.

The power outage is impacting dozens of customers, according to Southern California Edison. SCE crews are on their way to repair any electrical damages caused by lightning.

A number of neighborhoods in Fontana are without power following numerous lightning strikes Wednesday night.

There are several fire trucks in the area amid a significant amount of smoke in the air.

Eyewitness News has learned that same lightning strike also caught a nearby home on fire.

The lightning caused more than just power outages. A woman and her two dogs were killed by a lightning strike while out walking in Pico Rivera on Wednesday morning.