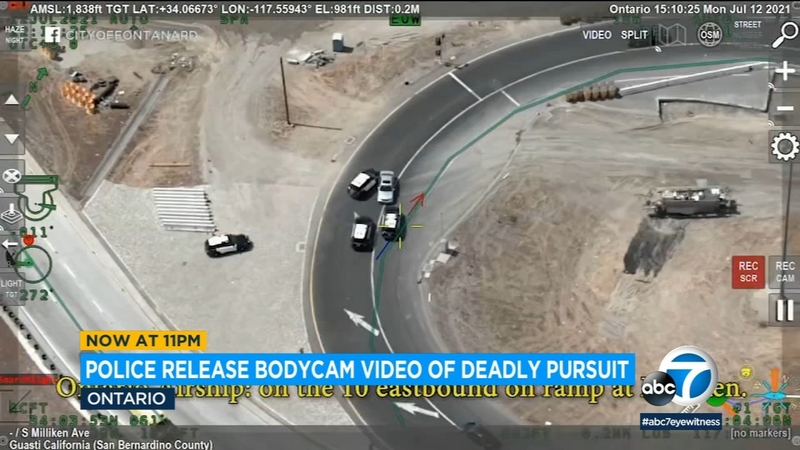 Larry Mendez, 22, on July 12 led multiple officers on a chase along the 10 Freeway in a stolen vehicle with a female passenger inside, authorities said.

When the driver got to the top of the off-ramp at Milliken Avenue, he began to make a U-turn to get back on the freeway, according to a police statement.

"Pursuit intervention techniques were then used, and the vehicle was boxed in by officers," the statement said. "Despite the suspect's vehicle being surrounded by police vehicles, the suspect attempted to use the vehicle as a weapon."

A man is suing the Fontana Police Department after an alleged violent altercation when they were taking him into custody after a brief chase.

The female passenger in the back seat of the car was pulled to safety and was unharmed, authorities said. No officers were injured.

A firearm was found on the front seat of the stolen vehicle, the news release said.