Man wounded, friend shot to death while they played cards in Fontana park 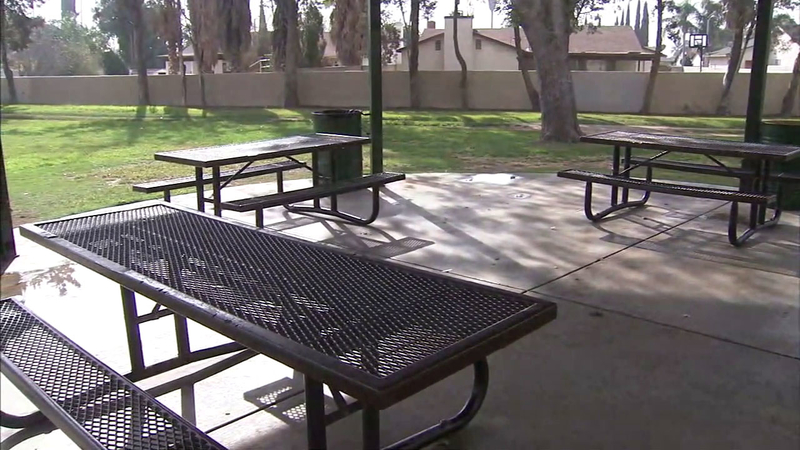 FONTANA, Calif. (KABC) -- A family member spoke out Wednesday after her father-in-law was wounded and his friend died in a shooting at Veteran's Park in Fontana.

A blood trail led away from a gazebo at the park where the two men were shot Tuesday around 7 p.m.

Rosio Gutierrez's father-in-law survived the shooting, but his friend, 62-year-old Hermogenes Padilla, did not.

"They were playing cards when some guys and a girl came up to him and asked for some change. Then out of nowhere they just pulled out a gun," she said. "His friend took off running and then they shot him and came back and did the same to him."

Gutierrez said the shooters took off with the victim's cellphones. Her father-in-law is recovering after surgery because he was shot in the wrist. She said the bullet went through his wrist and was stopped from hitting him in the chest by his shirt button.

Homicide detectives are investigating the deadly shooting and hope witnesses will step forward.

At the time of the shooting, there were other people in the park. They were taking walks, playing soccer and across the way, people were playing a baseball game.

The violence came as a shock to neighbors who live next door to the park. One resident said every night is usually calm and police come by.

Both families are seeking justice and hope anyone with information will speak up. They also set up a GoFundMe account for Padilla. You can donate at www.gofundme.com/padilla-family-funeral-fund.

Padilla was a father of four and a grandfather, who worked at a window framing company.