The powerful Ford GT supercar is super-expensive, if you can even get one 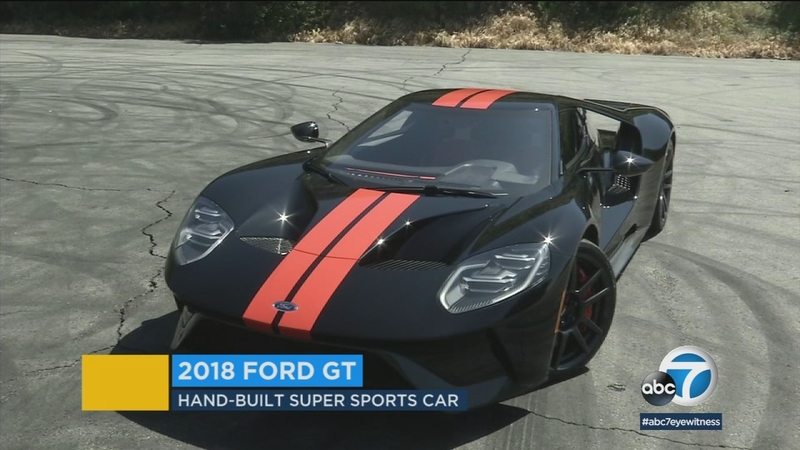 The Ford Motor Company logo -- the Ford name in cursive font on a blue oval background -- is anything but new. It's been put on literally millions of vehicles over more than a century. But now, that logo is on something that's quite new, and very expensive. The Ford GT.

The low-slung two-seater is a "supercar" in every respect, but it's not a completely new idea at Ford. Its heritage goes back to the 1960s when they put on a challenge to Ferrari on the international racing circuit. The original Ford GT40 ended up beating Ferrari on its own continent, winning the 24 Hours of Le Mans in 1966.

Some years later, the idea came to fruition again to build a very special two-seater. The modern Ford GT was produced from 2004 to 2006, and showed that the company could do it again.

And while the GT is a street-legal road car, you can transform it into a track weapon via a switch on the steering wheel, raising the rear spoiler, and automatically lowering the car. And speaking of tracks, yes, Ford took this newest example racing again, and won the 24 Hours of Le Mans again.

Winning in racing is the perfect pedigree to back up the promise of the car's looks.

All this power and performance doesn't come cheaply, even by supercar standards. The Ford GT will set you back $450,000. And even if you have that kind of money for a car, you still might not even be able to get one.

That's because Ford set up some guidelines to buy a GT. Applications had to be submitted, and potential buyers had to make a case to Ford that they'd drive the car, and not just park it in the garage. And promise to put the car on social media. Finally, buyers were not allowed to sell their GTs for two years, in order to keep speculators and flippers away.

Even with those restrictions, Ford was overwhelmed with applications for the first 500 examples. But the company has now hinted they'll start accepting more applications later this year.