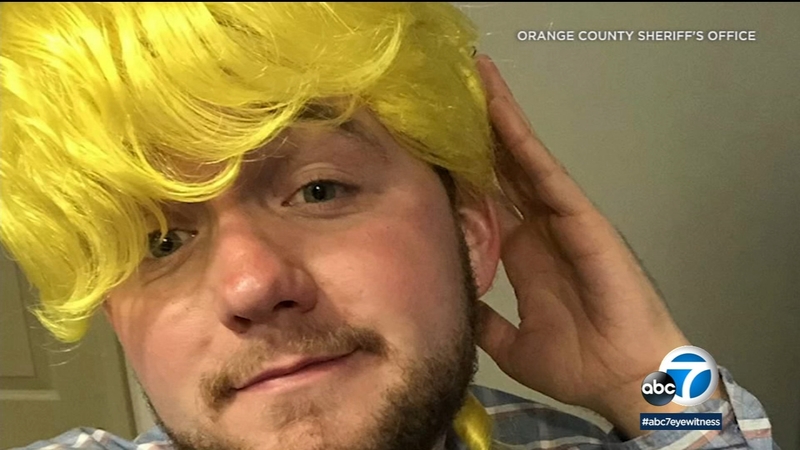 ORLANDO, Fla. (KABC) -- Disney World's Haunted Mansion has welcomed millions of visitors. And it's never more busy than around Halloween.

But earlier this year, costumes and props started to mysteriously disappear from the Florida park. And it wasn't ghosts or goblins at work.

They say he ran a popular website that showed the backstage, off-limits areas of Walt Disney World.

Former Disney employee Patrick Spikes is suspected in the theft of clothing and wigs from Disney World. Detectives wrestled him to the ground when he tried to grab back his cellphone.

Detectives say in addition to trespassing, he is also accused of stealing items that could be very valuable to Disney collectors, including wigs, and costumes worn by the animatronic ghostly characters that inhabit the Haunted Mansion.

Detectives say many images of the stolen items were later found on Spikes' cellphone.

ARRESTED: Patrick Spikes, 24, sits behind bars and faces charges of burglary, grand theft, and dealing in stolen property. He entered a restricted area of Disney, stole over $7,000 in items and resold them. Special thanks to the tireless efforts of our Sector 6 detectives. pic.twitter.com/ih3SaewzsN

At one point, he says he wants to talk to an attorney. The detectives say fine, but he has to leave his cellphone with them. He snatches up the cellphone and the detectives quickly grab him, wrestle him to the ground and take back the phone.

Later after they handcuff him, he asks to call his mom.

"You're an adult correct?" the detective says. "I'm not calling your mom. Stay there."