Fourth of July fireworks possible cause of Anaheim house fire 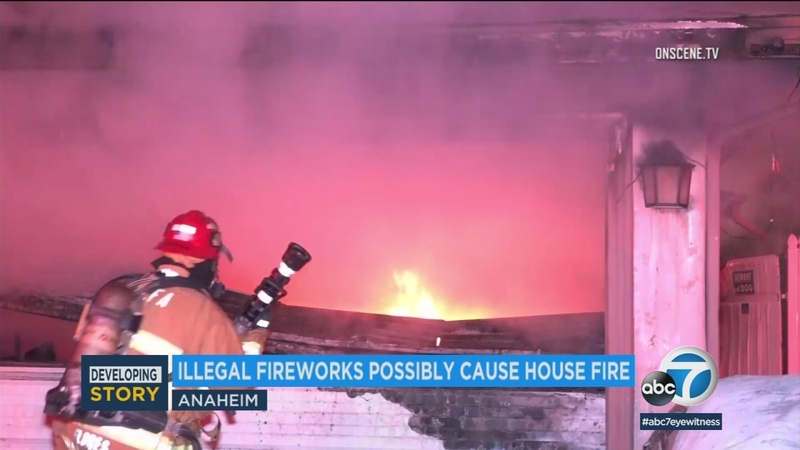 Fourth of July fireworks possible cause of Anaheim house fire

Daron Wyatt of Anaheim Fire and Rescue said firefighters responded to the structure fire in the 2500 block of N. Glenhaven Avenue shortly after 9 p.m. and found active smoke and flames coming from the garage of the home.

In news video, fireworks are seen going off in a nearby residential area as crews battled the flames. The blaze was declared a knockdown within 20 minutes.

Firefighters said they found debris in the street from illegal fireworks.

The official cause of the fire is under investigation but investigators suspect fireworks are a factor, Wyatt said.

The house sustained smoke and water damage inside the property, and residents were displaced for the night.