EXCLUSIVE: Inside a $13 million fraud and bribery scheme at the VA 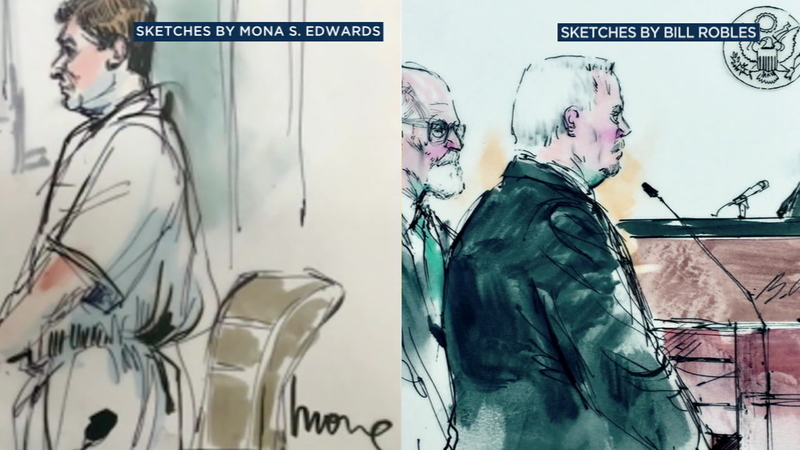 LOS ANGELES (KABC) -- Ralph Tillman is a veteran himself. Yet, he admits to taking cash bribes for more than a decade -- $286,000 -- money that could have gone toward helping Southern California veterans.

"There's no excuse for what I did," Tillman said in court at his sentencing Monday. He apologized to his family and employees of the Veterans Administration.

The former VA contract officer was immediately taken into custody by U.S. marshals to begin serving five months in federal prison, to be followed by five months of home detention and a year of supervised release.

Tillman, 58, pleaded guilty in February to tax fraud and lying to federal investigators about his role in a $13 million fraud scheme with a crooked parking lot operator at the VA's West Los Angeles campus.

Richard Scott, owner of Westside Services, pleaded guilty in May to conspiracy and wire fraud charges. Scott is considered the mastermind of the scheme and will serve nearly six years in prison for skimming more than $13 million in revenues from the parking lots leased from the VA -- revenue that was supposed to be shared with the VA.

"He under-reported revenue and he also inflated the expenses," says federal prosecutor Ruth Pinkel of the Public Corruption and Civil Rights section of the U.S. Attorneys Office.

Aside from cooking the books, Pinkel also believes Scott skimmed at least a million dollars in cash from the parking lots.

"In total, because he engaged in subterfuge in the types of information that he gave to the VA, he was able to walk away with over $13 million," says Pinkel.

Tillman oversaw those contracts at the VA and accepted "hush money" bribes from Scott for 15 years to help conceal the scheme. The bribes were delivered in cash, often in sealed FedEx envelopes.

Tillman agreed to cooperate with prosecutors after he was caught lying to investigators with the VA's Office of Inspector General. As part of his cooperation, the Army veteran later met with government investigators to help unravel the complex scheme.

Tillman's cooperation also included secretly recording conversations with Scott in May of 2017.

Ralph Tillman: Every time I think about it...just a big pit in my stomach. Why in the f--- did I deposit that money?

Richard Scott: I don't know Ralph, I'm speechless. I mean, you know -- I'm not in the mood to be on the news so to speak and all that comes with that.

In the recordings, Scott seems to recognize that the feds may be listening in.
Richard Scott: I did give it a lot of thought last night, but I don't know if we really want to have this convo right now on the phone. You never know.

Ralph Tillman: No, you never know -- that's a fact.

Scott's anxiety level seems to rise as Tillman explains that his lawyer is encouraging him to cooperate with federal investigators.

Ralph Tillman: If I'm gonna cover my own butt, I need to stop talking to you....

Richard Scott: Do you think they're just... they're just all waiting... lined up waiting for me... to come get me?

In the recordings, Scott urges Tillman to not make any rash decisions about flipping for the feds until they can have a face-to-face conversation.

Richard Scott: I mean after 15 years, I think we just... I think we owe each other more than that, don't you?

Ralph Tillman: I just want to let you know what's going down.

Richard Scott: Well, man - it sounds like you're gonna turn on me and that's really disappointing.

In one phone call, Tillman tells Scott his head is "spinning" after a meeting with prosecutors known as a "reverse proffer." Scott tells Tillman prosecutors don't have the proof they need to file charges.

Richard Scott: I mean I don't know what the ... how do they prove anything anyway?

As the money rolled in, Scott's tastes became more and more extravagant. He used the millions swindled from the VA to buy three luxury condos in Santa Monica worth a combined $7 million, a 38-foot cigarette racing boat and numerous high-end collectible cars -- among them three Ferraris and two classic Corvettes.

Scott and his wife agreed to forfeit all of those assets after he pleaded guilty in May. He also agreed to repay the VA $12.6 million in restitution.

In the last of three recorded phone calls, Scott again urges Tillman to not rat him out to the feds.

Richard Scott: I thought that we were sticking... you know when you told me a hundred times, you weren't going to be, you know, rat out on me!

According to court documents, Tillman told investigators he and Scott had previously discussed an "escape plan" if their scheme was uncovered by law enforcement. Tillman said he would consider purchasing a truck and becoming a truck driver. Scott told Tillman his plan was to leave his wife and flee to either Costa Rica or Panama.

They only place Tillman and Scott are going now is to federal prison.