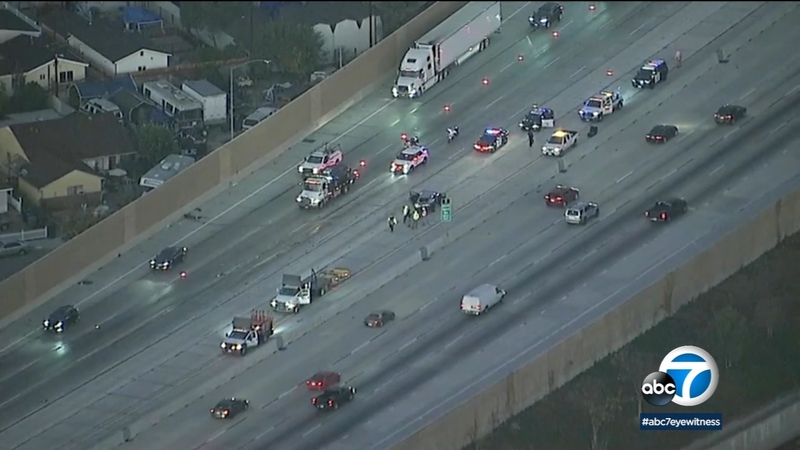 LOS ANGELES (KABC) -- As the pandemic lowered the number of cars on the road last year, drivers sped up, making 2020 the deadliest year for traffic accidents in more than a decade, according to federal data.

And that's particularly concerning in California, which has three of the top 10 most dangerous stretches of freeway in the nation.

The United States saw 1.37 fatalities per 100 million miles traveled by vehicles last year, the highest rate since 2007, according to federal data analyzed by insurer The Zebra.

Drivers picked up some bad habits in recent years, according to Danielle Marchell, with The Zebra.

"We've been seeing a trend nationally, that even though there are less drivers on the road, drivers are driving way more recklessly," Marchell says.

California drivers are especially at risk, as they traverse several stretches of freeway that are considered among the most deadly in the country.

The I-5, which stretches 1,381 miles up and down the West Coast, was ranked the third most dangerous road in the country, according to the data. Adding to the danger is the interstate's popularity with 18-wheelers, the group notes.

Other California roads in the most dangerous top 10 include the I-15 at sixth, and the I-80 in Northern California at ninth.

But the number of vehicle-related fatalities increased by 7.2% during that time.

That combination of fewer miles driven plus more overall fatalities meant the fatality rate per mile increased by 26% in just one year.

Much of that is attributed to increased speeding. As the number of cars went down, the median speed in some metropolitan areas went up by as much as 22% last year.

There has also been an increase in impaired driving, particularly in the use of marijuana and related drugs while driving.

"There's the assumption that 'Hey, there is less people on the road, I can get away with maybe just a little bit more'" Marchell says. "And that is absolutely not the case."