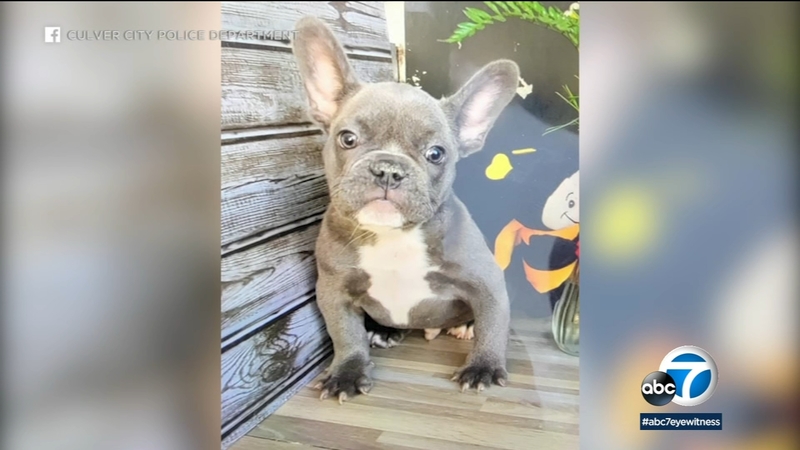 CULVER CITY, Calif. (CNS) -- A French bulldog puppy was stolen at gunpoint by a man who responded to an advertisement on a social media site listing the 10-month-old dog for sale, Culver City police reported Thursday.
The puppy's owner agreed to a meeting in the 6000 block of Canterbury Drive to conduct the transaction at about 7 p.m. Wednesday. When he placed the dog in his trunk area for viewing, the suspect took a semi-automatic handgun out of his waistband, grabbed the puppy from the trunk and fled on foot, police said.

The suspect in the Culver City puppy theft was described as a Black man about 25 years old and 5-foot-10, with a thin build, police said. He was wearing a blue sweater, gray pants and red shoes.

Anyone with information about the crime was asked to contact Culver City Police Department Assistant Chief Jason Sims at 310-253-6391 or the watch commander at 310-253-6202.