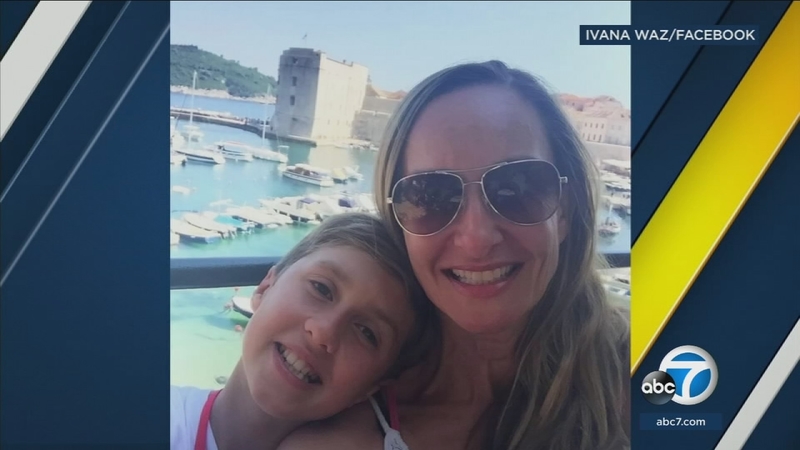 REDONDO BEACH, Calif. (KABC) -- Coaches struggled to articulate their profound sadness during a memorial for a teammate and his mother, who were killed in a murder-suicide at their Redondo Beach home.

Players gathered on a soccer field for an emotional memorial created by the coaches for 13-year-old Makani Waz and his mother Ivana Waz.

Authorities said Marc Waz shot and killed his wife and son before killing himself. The three were found inside the apartment Thursday evening.

It's a tragedy Makani's closest teammates are trying to cope with. Chris Ceballos said he, another teammate and Makani played together all the time.

"Coach called us the Three Musketeers. We would always have good times during games. But when it happened, I couldn't take it. It was really shocking what (his father) did to him," he said.

Makani was on the L.A. Galaxy South Bay's soccer group for five years and spent much of his time on the soccer field.

His teammates released 22 balloons in the air for him and 22 for his mother. It was his soccer number and his friends wanted to honor his mother, too. She worked at Mattel as a product management specialist for more than a decade.

"She was really smart - whip-smart. Really good at her job. Got along with everybody. It was really a joy to work with her. I just can't articulate how devastating it was to find that out," coworker Eric Hardie said.

The soccer group set up a GoFundMe account to support the family's loved ones with funeral expenses and said they will continue to look for ways to help. So far, they had raised about $7,000.
Report a correction or typo
Related topics:
redondo beachlos angeles countychild deathwoman killedchild killedyouth soccercommunitymurder suicidememorial
Copyright © 2021 KABC-TV. All Rights Reserved.
More Videos
From CNN Newsource affiliates
TOP STORIES