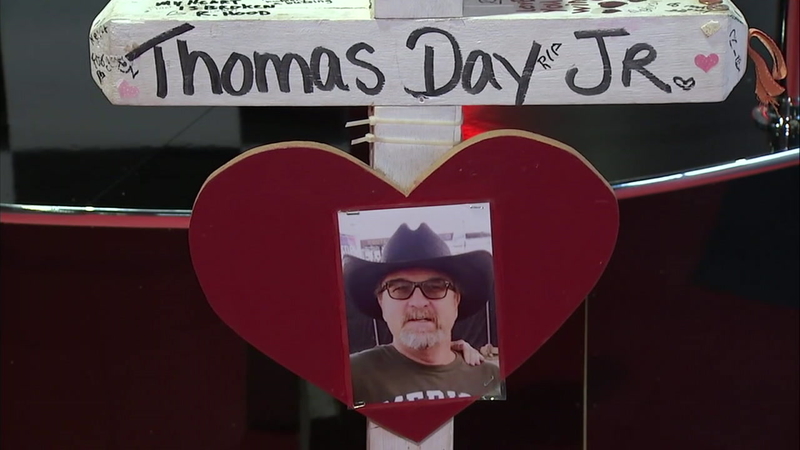 His long-time friend, Brent Coleman, pulls out a photo of Day wearing a pail on his head and tossing a small football in a river.

"This sums him up right here," said Coleman.

Day's presence is missed by all those who knew him. It's been a year since the 54-year-old was gunned down while attending the Route 91 Harvest Country Music Festival in Las Vegas.

Day was attending the concert with his three adult daughters and friend, Austin Davis.

Davis was also killed during the mass shooting.

"It has been a tough year. He was very well known, very well respected. Very big in the community. If you were blessed enough to know him and hang out with him... it was heartbreaking," said Coleman.

But in the year that followed the shooting, Day's family and friends have been determined to honor his memory and legacy of giving.

"He was bigger than life. You couldn't go anywhere with him and not have the time of your life," said Coleman.

Tommy's Angels, a nonprofit organization, was born out of the tragedy. On Oct. 28 at the family's private car museum, Tommy's Angels will host a fundraiser benefiting pediatric cancer.

"We are hosting an event night of comedy, magic and music - 100 percent of the money is going to our foundation for kids in the Corona/Norco area," said Coleman.