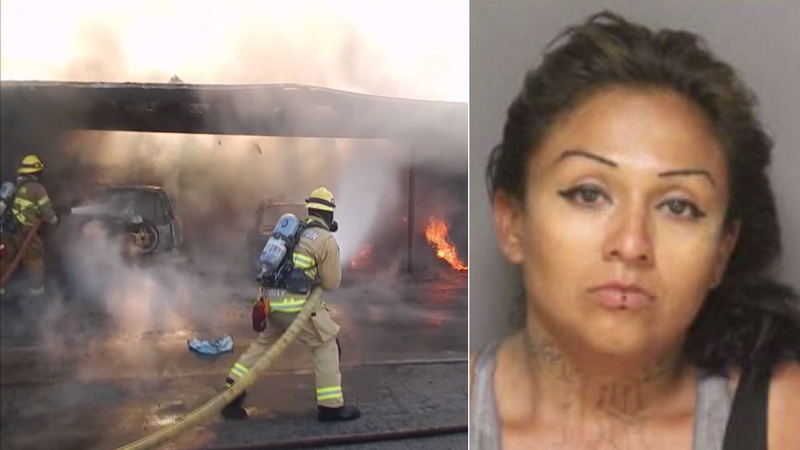 FULLERTON, Calif. (KABC) -- Police have arrested a suspect for allegedly setting fires that destroyed five cars in a Fullerton carport and damaged several others.

Suspect Maria Angel Dejesus Rios, 33, was arrested Saturday night in Buena Park. Officers were checking areas she was known to frequent when they found her and arrested her without incident.

The fire destroyed five cars were destroyed and damaged several others at a Fullerton apartment complex on Friday.

"It was intense. I was out here... I could see the smoke coming off my car," witness Michael Broussard, who recorded the incident on his phone, said.

Though firefighters extinguished the flames quickly the intense heat melted the bumpers of cars parked nearby.

Resident Marco Sanchez rushed home from work after his wife called, only to find his CR-V entirely destroyed.

"I was really, really, really pissed off because we work hard. That's why we work for - to have nice things. It was paid off, and look (at) it now," Sanchez said.

Investigators found an accelerant at the scene.

"It sucks that someone destroyed other people's property. That's not right," Broussard said.