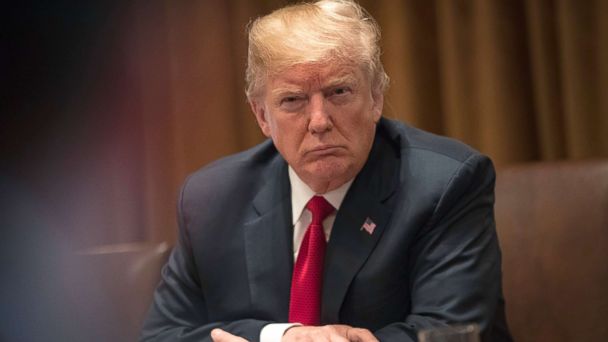 ABCNews
By KATHRYN MCQUADE
The "Steele dossier" at the heart of the investigation into President Donald Trump's ties to Russia was never supposed to be seen by the public, according to those who commissioned it, who told ABC News they were "horrified" when it was published in full.

"This is just not what we do," said Glenn Simpson, co-founder of Fusion GPS, while reflecting on the publication of the memos that made up the dossier.

Simpson and Fusion GPS co-founder Peter Fritsch commissioned Christopher Steele to investigate Trump during his 2016 presidential campaign. His memos - compiled into the dossier - were supposed to be used internally to guide further investigation, and were shared selectively to spur more digging.

When the set of documents, with their raw findings, was published in full by BuzzFeed News shortly after the election, it sent shockwaves across Washington, D.C.

"We were horrified when it was published because it's not the kind of thing that we do," Simpson said. "As Peter puts it, ironically, we're best known for something that we absolutely never do."

The book's authors describe how they have become the focus of many of the Trump administration's favorite conspiracy theories, including one perpetuated by Trump's personal lawyer, Rudy Giuliani.

"[Giuliani] publicly accused us of setting up the notorious Trump Tower meeting between the Trump campaign and the Russians," Simpson said.

But that was only one of the false narratives about the two men, Simpson said.

"The more recent one is the idea that we doctored up the 'dodgy dossier' in conjunction with the Ukrainian intelligence services in 2016, and that I was spending time there doing that. And that we also framed Paul Manafort around the same time," said Simpson.

Fritsch and Simpson told "The Investigation" that the dossier began as an assignment from Republicans to look into Donald Trump's business history and career, and that it had nothing to do with Russia. However, after several months of investigations, the numerous connections between Donald Trump and Russia started coming to light.

"The term we coined during this period was, 'It's not clear that Donald Trump invested in Russia, but it's definitely clear that Russia invested in him,'" said Simpson. "[The Mueller Report found] over 140 contacts between the Trump campaign and the Russians, extensive secret meetings, secret dealings - some business dealings. Donald Trump was trying to do a business deal in Russia in the middle of the campaign."
Report a correction or typo
Related topics:
abc newsnational
Copyright © 2020 ABC News Internet Ventures.
More Videos
From CNN Newsource affiliates
TOP STORIES