Gabriel Fernandez: Family hopes to have mural designed as remembrance to abused children 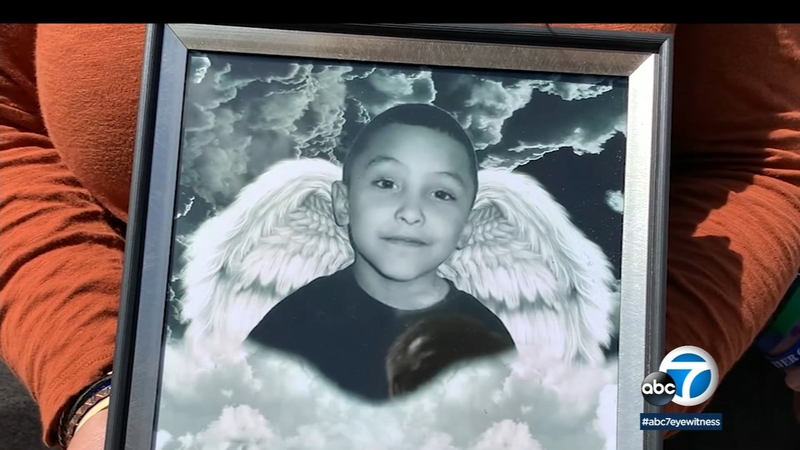 PALMDALE (KABC) -- The family of 8-year-old Gabriel Fernandez wants to make sure people remember the murdered Palmdale boy with a mural in downtown Los Angeles that will serve as a remembrance to abused children.

Gabriel's story shocked and saddened people around the world. He suffered months of torture and abuse by his own mother and her boyfriend before he died in May of 2013.

"Oh it's been hard but we get a lot of love and support from a lot of people all over the world," said Emily Carranza, Gabriel's cousin. "I'm getting message from Holland, from France, everywhere. He has touched so many people out there and he's just our little angel that keeps us going."

Gabriel's family and others now want a mural to remember him. Specifically, a depiction of him with wings like an angel.

"We want him to be the face that represents child abuse and that other children should be saved," said Olivia Rubio, Gabriel's aunt.

There is already a mural in Palmdale but the family says they are now trying to work with the Board of Supervisors to get this new mural somewhere in the city of L.A.. They say it will cost between $6,000 and $11,000. They are also trying to find an artist who can work on the image to show how special Gabriel was.

"We would definitely want an artist that knows Gabriel's story, that's going to do it with heart and love to honor Gabriel," said Cherie Kiyomura.

The family says the image will also be a reminder that despite the warning signs of abuse, the Department of Children and Family Services made some very big mistakes.

"He fell through the cracks, even though people were actually there trying to help him, they didn't give him the help that he needed," said Rubio.

And it would be a place where others can come to remember any child who is the victim of abuse. Deputy District Attorney Jon Hatami was the prosecutor on the case and is a strong advocate for children.

"A safe place where everybody can come and show their condolences and think about everything that's happened to children in Los Angeles," said Hatami.

The family is planning a fundraiser for next month. They plan to sell food, drinks and t-shirts and also have a raffle to make the dream of a mural a reality.