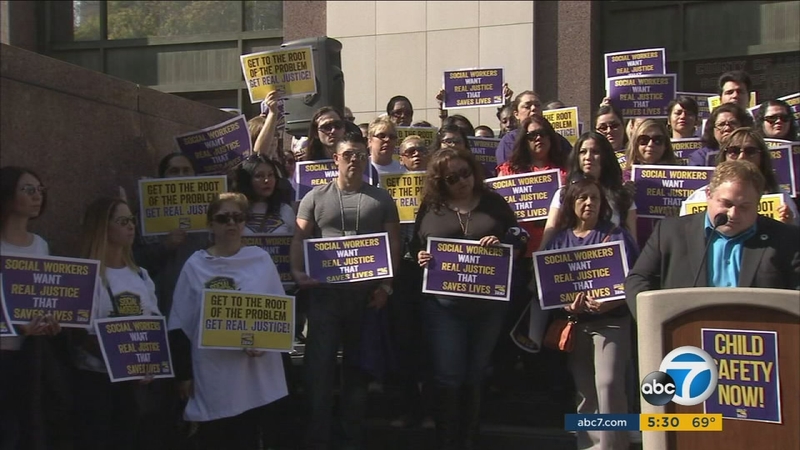 LOS ANGELES (KABC) -- A group of Los Angeles County social workers protested outside the county Board of Supervisors meeting on Tuesday over the prosecution of four colleagues for failing to prevent the death of an 8-year-old Palmdale boy.

The protest was a reaction to the criminal case against four social workers charged with child abuse and falsifying public records in the death of Gabriel Fernandez in 2013.

Prosecutors say the Palmdale boy was the victim of repeated abuse before his death. Authorities said he had suffered a fractured skull, broken ribs and was shot with a BB gun.

The social workers face prosecution for allegedly failing in their duties to protect Gabriel and ignoring signs he was in trouble, including a suicide note. They face up to 10 years in state prison.

"We believe these social workers were criminally negligent and performed their legal duties with willful disregard for Gabriel's well-being," District Attorney Jackie Lacey said. "They should be held responsible for their actions."

But the protesters said it is the system itself that needs to be addressed and that social workers should not be treated like criminals.