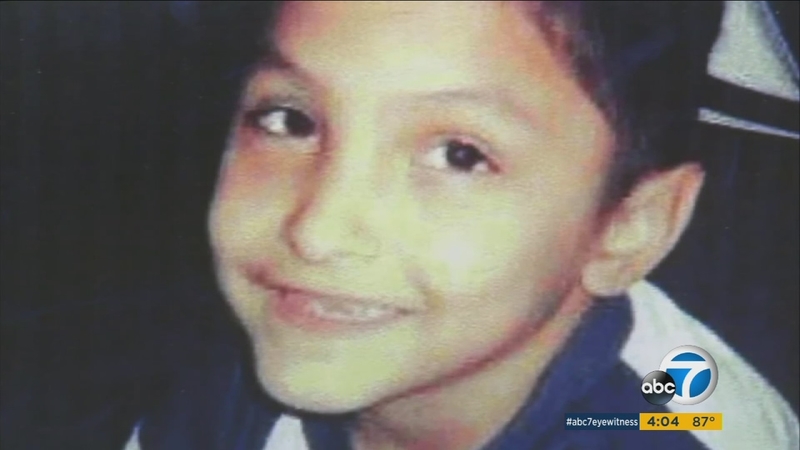 LOS ANGELES (KABC) -- Testimony resumed on Tuesday in the case of the Palmdale man accused of torturing and killing his girlfriend's 8-year-old son, Gabriel Fernandez. Medical personnel testified about the unbelievable injuries they saw on the boy's body.

"Every inch of Gabriel was bruised and swollen. His skin was kind of a black and blue ... color. I remember he felt cold to the touch," said Emily Rebar, a registered nurse at Children's Hospital Los Angeles.

Gabriel died from his injuries in May 2013 after a particularly violent beating and eight months of abuse admittedly at the hands of Gabriel's mother's boyfriend, Isauro Aguirre. Gabriel's mother, 34-year-old Pearl Fernandez, will have a separate trial.

Rebar was working on the overnight shift when CHLA received Gabriel for treatment. She became extremely emotional when describing the injuries in Gabriel's body. She said Gabriel was completely unresponsive, with a breathing tube and on life support.

As she testified, Gabriel's father's girlfriend could be heard sobbing in the courtroom.

Nurses, first responders and witness after witness described unimaginable injuries on the 8-year-old in day two of his murder trial.

"He had cigarette burns on his body, bruising throughout his entire body, and it looked like his penis, someone attempted to cut it off," said sheriff's Deputy Jonathan Beck.

In cross examination, Rebar said she did not remember Gabriel's penis almost being cut off and she said that would be something she probably would have documented and remembered.

The last witness of the day was Deputy Ronald McCarthy, who was one of the deputies who responded to the call about a child not breathing.

McCarthy testified that Aguirre and Pearl were "very uninterested" when deputies arrived at the scene, while Gabriel was naked and wet laying on the floor of the living room and being worked on by paramedics.

In speaking with the boy's mother, McCarthy said she told him Gabriel was jumping on a bed playing with his brother, and as he was jumping, he fell off the bed and hit his head on the drawer.

When McCarthy asked why the boy had so many injuries on his body, Aguirre told him that Gabriel was a very angry boy and would hit himself a lot. McCarthy testified that Aguirre's story that day didn't sound believable.

"He told me one thing, Pearl told me another," he said.