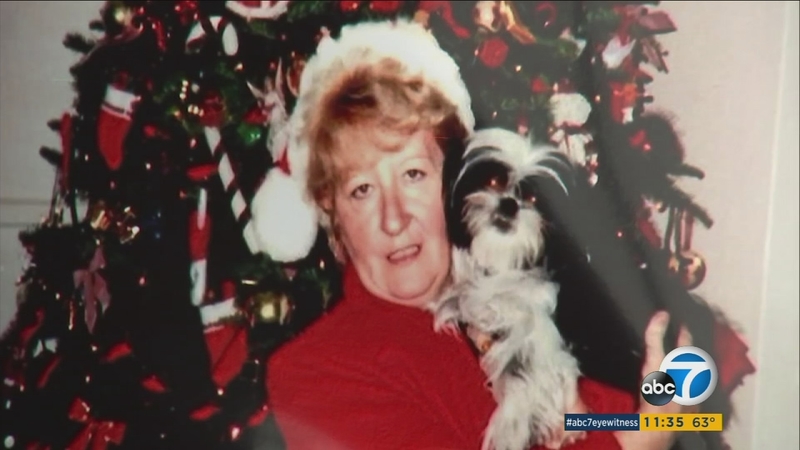 EAST HOLLYWOOD, LOS ANGELES (KABC) -- The family of a 70-year-old hit-and-run victim joined LAPD officials and a city councilman on Thursday as they announced a $50,000 reward in connection with the fatal incident that occurred just over two weeks ago in East Hollywood.

Gabriela Futsi was using her walker at about 9:25 p.m. Nov. 26 when she was struck and killed by a car at the intersection of Fountain and Kenmore avenues. She was not in a marked crosswalk at the time, and the driver of the vehicle did not stop after the collision.

Futsi suffered severe internal bleeding and was transported to L.A. County-USC Medical Center, where she died of her injuries.

"My life is forever changed," her daughter, Isabelle Futsi, said at a news conference near the crash site, where a makeshift memorial was created. "My mother's memorial was on Sunday. Seeing her in agony in the hospital -- awake, struggling for her life -- is something that I'll never forget."

Surveillance cameras from a nearby home captured the crash on video. The vehicle involved is described as a sedan, possibly a four-door, that was dark-colored on top and white on the bottom, with extensive front-end damage. The license plate number was not available.

"We have an epidemic of hit-and-run incidents -- well over 20,000 people are struck by cars every year in Los Angeles," Councilman Mitch O'Farrell told reporters. "That's why we do these press conferences, to raise this awareness. Hopefully we get a helpful tip so that the Los Angeles Police Department can solve this case and bring some level of peace to this family."

As a young woman, Gabriela Futsi came to the U.S. from Romania and sought political asylum when her daughter was 2 years old.

Isabelle Futsi said the hit-and-run victim had Parkinson's disease but had been doing well. She had recently celebrated her 70th birthday and was looking forward to Christmas and seeing "The Nutcracker."

A GoFundMe page has been created to help Isabelle Futsi pay for her mother's funeral. To donate, click here.