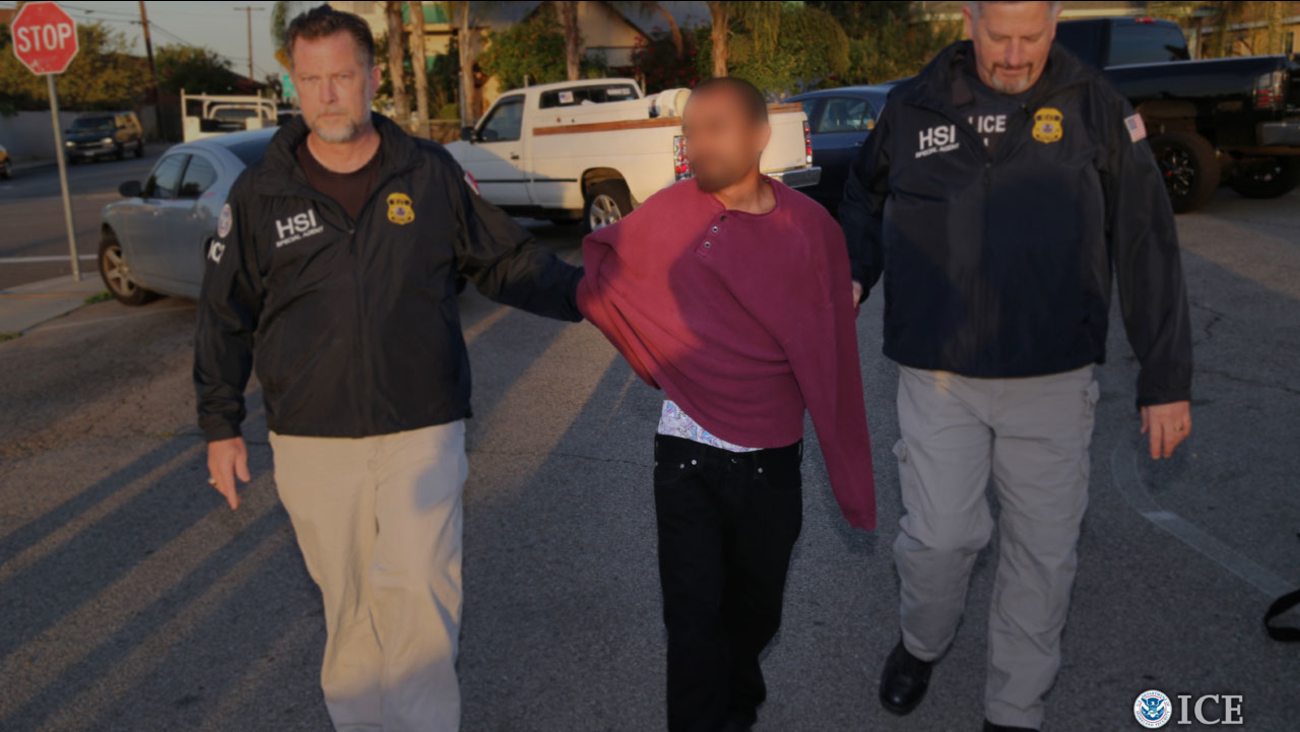 LOS ANGELES (KABC) -- During a five-week operation, known as Project Shadowfire, U.S. Immigration and Custom's Enforcement agents arrested more than 1,000 gang members from all over the country.

Most of the arrests in the operation, which took place between Feb. 15 and March 21, were U.S. citizens. Authorities said the greatest activity during the operation was done in Los Angeles, San Francisco, Houston, El Paso, Atlanta and San Juan.

Agents arrested 239 foreign nationals from 13 different countries in Central America, Asia, Europe and the Caribbean. More than $70,000 and 20 kilograms of narcotics, as well as 150 firearms were also seized during the nationwide sting.

The majority of the arrestees were affiliated with well-known gangs such as MS-13, Surenos, Nortenos, Bloods and prison-based gangs. According to ICE, 1,001 arrestees were charged with criminal offenses and 132 were arrested for immigration violations.