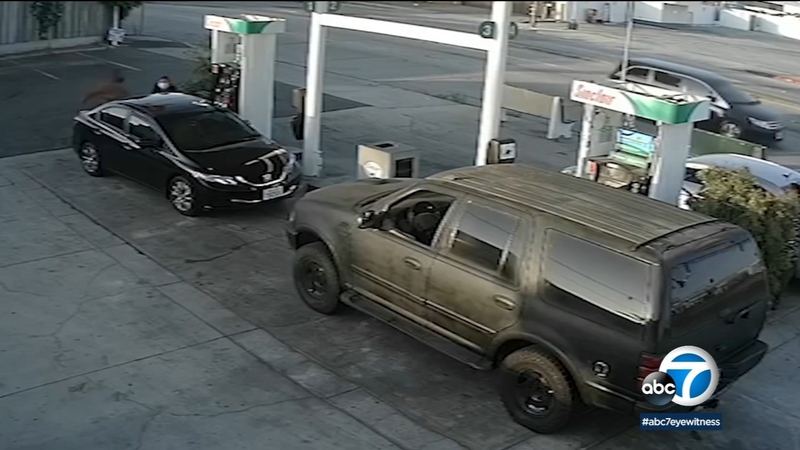 Mother of suspect in Gardena gas station attack speaks out

GARDENA, Calif. (KABC) -- The mother of the man charged in the brutal attack of a woman at a gas station in Gardena is speaking out about his struggles with mental illness.

Antoine Rainey, 37, is charged with two felony counts of assault after police say he beat a woman who was pumping gas in an attack that was caught on surveillance video. His mother, Sheila Crewswell, saw the video on ABC7 and turned him in.

She says her son was diagnosed with schizophrenia at the age of 25 and she's been fighting to get him help.

"The system has let me down for so many years and it takes this... to harm people. My heart goes out to the victims that (were) involved and I'm praying for them. I pray for them more than I pray for myself," she said.

Raine's case was referred to the Mental Health Courthouse in Hollywood on Tuesday.

Police say he was at the same intersection the day before that attack and punched another woman who was sitting in her car. Both of the victims are expected to recover.

A woman who was randomly attacked in a vicious assault at a Gardena gas station says she is now living in fear and feels lucky to be alive.