KABC
By Jory Rand and ABC7.com staff
GARDENA, Calif. (KABC) -- A Gardena police officer died one day after being hit by a car as he rode his police motorcycle to work, officials said.

The 34-year-old is survived by his wife Kristen and their 2-year-old son Takeo. 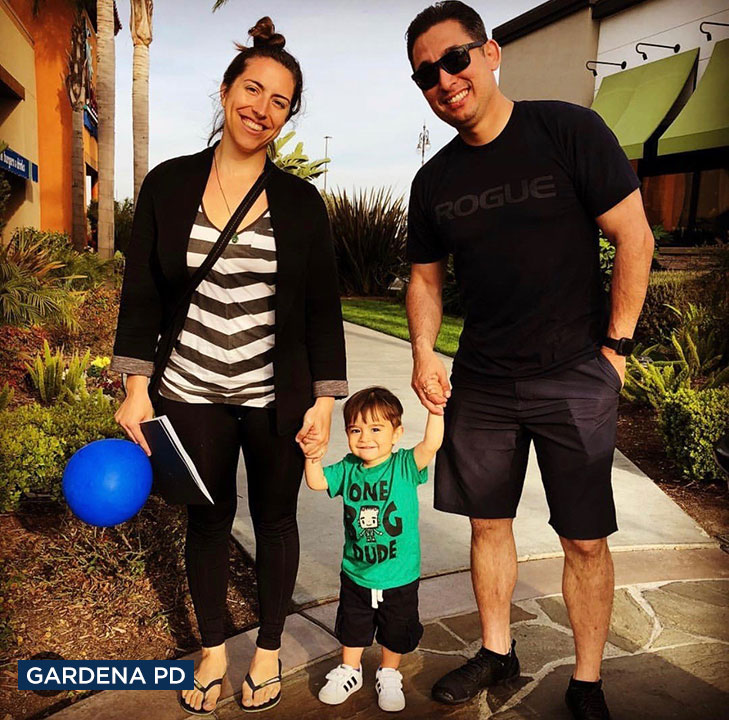 With rows of law enforcement officials standing behind him, Gardena Police Department Chief Thomas Kang spoke about the beloved officer the department lost.

"He's an officer that would go out of his way to help anyone. He's a mentor to a lot of our officers, and we're truly going to miss Officer Hirai," he said. "I shed a lot of tears today as if Toshio was my own son."

The collision happened in Los Angeles near 238th Street and Western Avenue around 7:30 a.m. The other driver was a 17-year-old girl who stopped at the scene and cooperated with investigators. She was licensed and neither drugs nor alcohol were suspected as factors in the crash. No arrests were made.

"Toshio was one of the smartest people in the room," the department said in a written statement. "He spoke five languages, loved life, had the best sense of humor. He worked hard for our community. Most of all he absolutely loved and cherished his wife and 2-year-old son."

Hirai, who grew up in Gardena, started with the department in 2006 and had served on the SWAT team and as a traffic investigator.

"Our sons are a couple months apart. I know his wife's going to have a hard time with this," said Officer Patrick Goodpastor. "She's a tough woman and he's going to have a lot of father figures from Gardena PD to help him with that process."