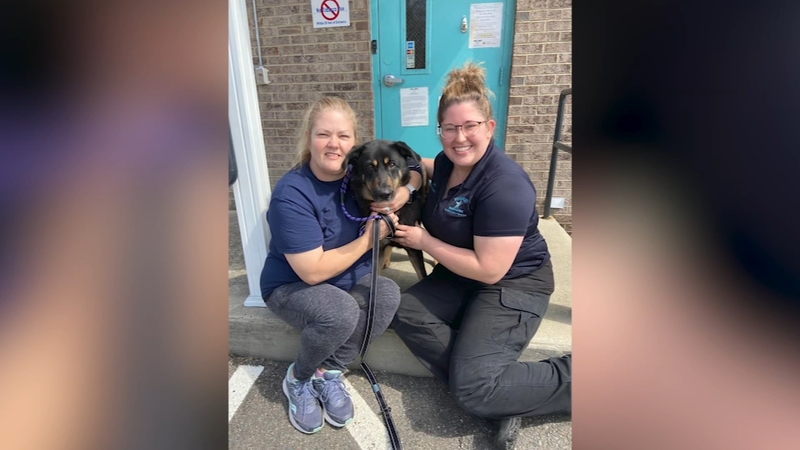 CHARLOTTE, N.C. -- A dog that was reportedly abandoned at a North Carolina shelter because its owners thought it was gay has since been adopted.

Stanly County Animal Shelter said it received a 4 or 5 year old, 50 pound black dog from owners who didn't want him anymore. They told the shelter they believed the dog was gay because it humped another male dog.

Dog behavior experts will tell you that dogs hump other dogs. They do it as a part of playing and sometimes to reinforce hierarchical social structures. It's not an indication of sexual orientation.

When Steve Nichols and his partner John Winn heard about the story, they knew they had to step up.

Nichols and Winn have been an openly gay couple for 33 years. They said they had faced the same type of ignorance and bigotry in their lives and wanted to open their home to the dog.

"My partner and I started talking about it. The conversation went sort of like this, 'You know, in 33 years, we've had to face the same ignorance, bigotry and stupidity from people and we weren't always able to do something about it.' But we thought, 'We can do something about this,'" Nichols told "Good Morning America."

"So we started out in an effort to just do something to help, donate some money or something like that. Over a period of two days, it sort of morphed into, 'Well, he's going to be a part of our family,' and we just ended up adopting him."