NYPD officer gets down at gay pride parade 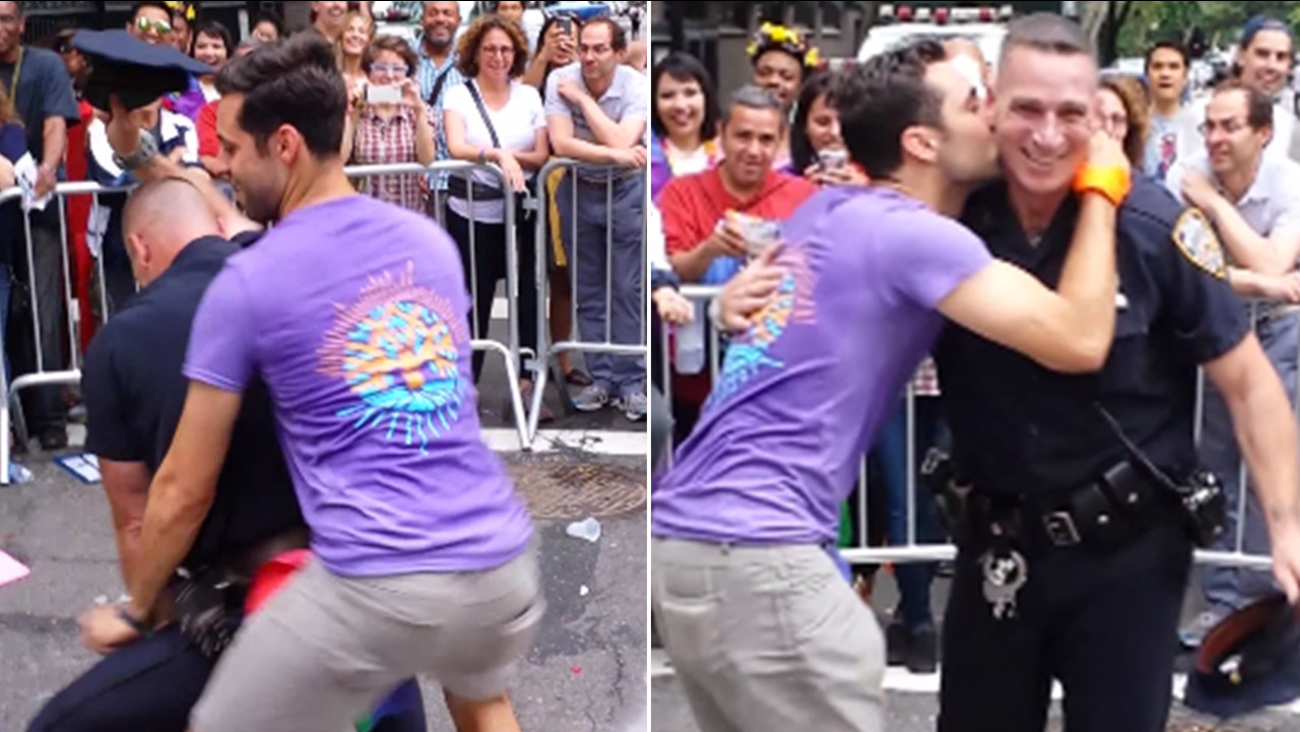 Even the New York City police officers were having fun this weekend at the city's annual gay pride parade.

Paige Ponzeka posted a video showing an NYPD officer dancing with one of the participants in the parade June 28. Ponzeka, a member of the LGBT sports group Big Apple Softball League, said one of the other members of her group, Aaron Santis, was having some fun dancing near the officer. The officer stood stoically along the parade route, ignoring Santis at first, but eventually started dancing.

Another parade-goer posted video of the the same dance from a different angle.


After dancing with the officer, Santis gave him a sticker and a peck on the cheek.

Cities across the United States celebrated gay pride on June 28 with rallies and parades. It was just two days after the U.S. Supreme Court ruling legalizing same-sex marriage nationwide.