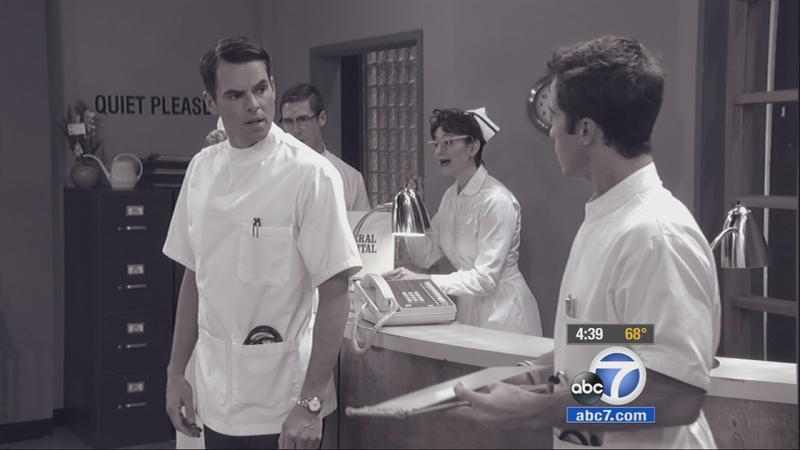 "When I was first told that we were going back to 1963 to shoot, basically to kind of recreate the pilot episode of 'General Hospital,' it was very, very exciting," said actor Jason Thompson, who plays Dr. Patrick Drake. "Frank, our executive producer, told me that I was going to be playing Dr. Hardy, played by John Berardino ... I know the history that he brings to the show. So to carry that on is, yeah, it's a special little gift that I got that day."

Thompson also shares a retro scene with Rebecca Herbst, who plays Elizabeth Webber, and for this special episode, she will also channel legendary nurse Jessie Brewer. It's not just about the fun "flashback" factor. Thompson says yes, there is also an important story line.

"I think a lot of questions that people have asked, or had for the last 50 some years are getting answered," Thompson cryptically revealed. "I can't go into detail with those, but I've seen them. I saw it being shot; it looked amazing."

The one thing we do know: You can have a secret on a soap opera, and it can last for more than five decades!