As outrage continues to grow over the George Floyd case, U.S. Sen. Kamala Harris said she is working on national legislation that seeks to further restrict police officers' legal ability to use force on suspects.
KABC
By ABC7.com staff 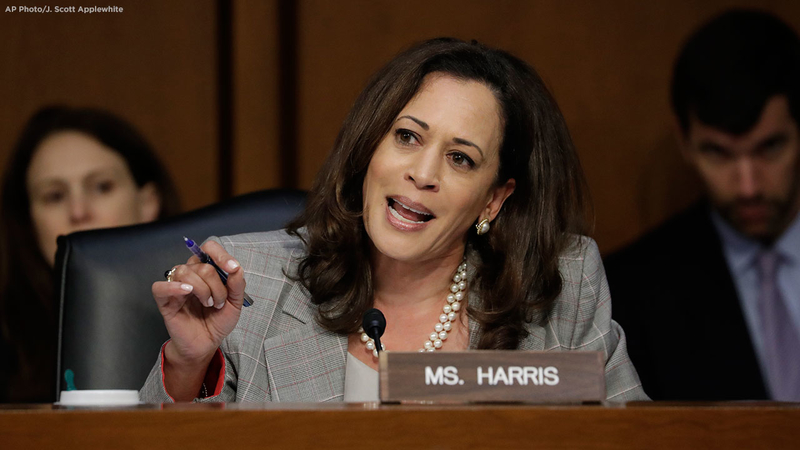 LOS ANGELES (KABC) -- As outrage continues to grow over the George Floyd case, U.S. Sen. Kamala Harris said she is working on national legislation that seeks to further restrict police officers' legal ability to use force on suspects.

Harris said her legislation would improve the standards by which such cases are prosecuted in court.

In an exclusive interview with ABC7, Harris said right now to prove an officer used excessive force, most courts look at whether the use of force was "reasonable."

She wants to change that term to looking at whether it was "necessary."

The wording change, she said, would shift how courts evaluate such cases and provide greater justice for families of those who suffer from the use of excessive force.

"When it comes to proving these cases, that is really the fair question to ask," Harris said.

"What is 'necessary' that you had your knee on the man's neck for eight minutes and some seconds? And not what is 'reasonable' in your mind or in that moment."

Harris, who had previously served as California's attorney general, said it should not have taken this long to charge all four Minneapolis officers in Floyd's death, given the video showing an officer's knee on his neck for an extended time.

"We're one step closer to justice. But there's no question justice delayed is justice denied. ... It should not have had to take so long."

She added that many district attorney offices have an inherent conflict of interest in prosecuting police misconduct cases, because they work collaboratively every day with those same departments and officers to develop cases.

She is also proposing that police misconduct cases be handled by independent investigations, not by the local DA's office.

Her legislation is cosponsored by Sen. Cory Booker, D-NJ and members of the Congressional Black Caucus.

"I do believe that one of the greatest advancements on this and so many other issues is the creation of the smartphone. Because what has happened is that now people are walking around with a video camera in their back pocket."

That, she said, has helped bring credibility to issues that the black community has been raising for generations.