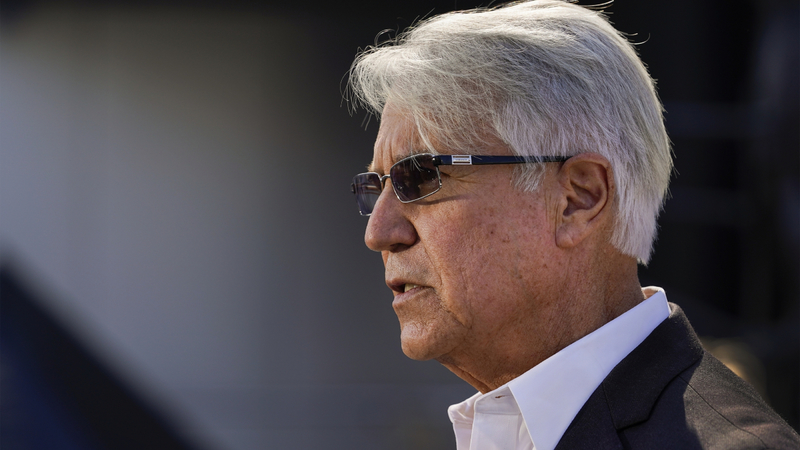 LOS ANGELES (CNS) -- A judge ruled mostly in favor of the Association of Deputy District Attorneys for Los Angeles County in a petition brought against District Attorney George Gascon, saying he cannot order his prosecutors to ignore laws that the union says protect the public, including three-strike allegations and sentencing enhancements.

L.A. Superior Court Judge James C. Chalfant heard arguments on Feb. 2 on the union's motion for a preliminary injunction, then took the case under submission before granting it in large part Monday.

The union hailed the judge's decision, saying it was based "on what the law is and not what an officeholder thinks it should be'' when it comes to sentencing repeat offenders.

But lawyer Robert E. Dugdale, on behalf of Gascon and the district attorney's office, said the ruling was not fully in favor of the union.

"The judge did not enjoin the D.A.'s policy prohibiting deputy district attorneys from filing most sentencing enhancements in new cases,'' Dugdale said. "However, he enjoined application of most aspects of the remaining directives.''

The union contended the directives -- handed down the day the county's top prosecutor was sworn into office on Dec. 7 -- violate state law.

A directive that calls for dismissing, withdrawing or not filing special circumstance allegations that could result in a life prison sentence without the possibility of parole for defendants charged with murder is among those targeted in the petition, which also challenged Gascon's directive to dismiss gang enhancements and firearm allegations that can add more time to prison sentences.

Some judges have refused to dismiss the special circumstance allegations or to allow prosecutors to file an amended complaint that doesn't include them in cases that were filed before Gascon was sworn into office.

"The touchstone of prosecutorial discretion is the exercise of case-by-case discretion, which (Gascon's) special directives expressly, intentionally and undisputedly prohibit,'' the union's lawyers state in their court papers. "Those directives are thus unlawful.''

Attorney David J. Carroll, on behalf of the union, told Chalfant during arguments that ordering prosecutors to do things that they believe would violate the law as well as their statutory duties is wrong and would put them in danger of committing an ethical violation. He also said it is inappropriate to make deputy district attorneys argue something is unconstitutional when they know it is not.

But Dugdale told Chalfant that some 2 million people voted for Gascon and that they knew what he planned to do when they decided to elect him. Gascon -- a former LAPD assistant chief, onetime Mesa, Arizona police chief and San Francisco district attorney -- positioned himself as a reformer in the race.

The D.A. released a statement late Monday, in which he vowed to appeal the decision.

"On November 3, more than 2 million people in Los Angeles County voted for a system of justice based on science and data, not fear and emotion. Nevertheless, I never had any illusions as to the difficulty and challenges associated with reforming a dated institution steeped in systemic racism,'' Gascon said. "My directives are a product of the will of the people, including survivors of crime, and a substantial body of research that shows this modern approach will advance community safety.''

Video shows a police dog help take down a suspect after an hours-long barricade on a grassy hillside in Woodland Hills. The standoff unfolded after a dramatic police chase.

More than 1.7 million Angelenos voted for his opponent, Jackie Lacey, and about 500,000 residents who cast a ballot in the presidential race declined to vote in the D.A.'s race.

Gascon said he would appeal Chalfant's ruling and pointed specifically to the judge's decision on the three strikes policy, saying the ruling would require his office to apply that law "contrary to the current practice in Los Angeles County and other jurisdictions across the state.''

While the appeal is pending, Gascon said his office will follow the ruling. He reemphasized his belief that his reforms are in the interests of public safety.

"We can no longer afford -- morally, socially or economically -- to justify tough-on-crime policies in the name of victims when a majority of the survivor community supports rehabilitation over excessive sentences," Gascon said. "The long-term health and safety of our community depend on it.''

Dugdale said the legal action by the union is unprecedented and that the law gives Gascon the purview to make the kinds of decisions he has made.

"I want to make clear the D.A. does not believe he is above the law,'' Dugdale said.

Dugdale also challenged the association's right to bring the suit, saying it is responsible for improving wages and working conditions for its members, but not for influencing policy. He also said the union should have filed a grievance first, but instead "ran to court.''