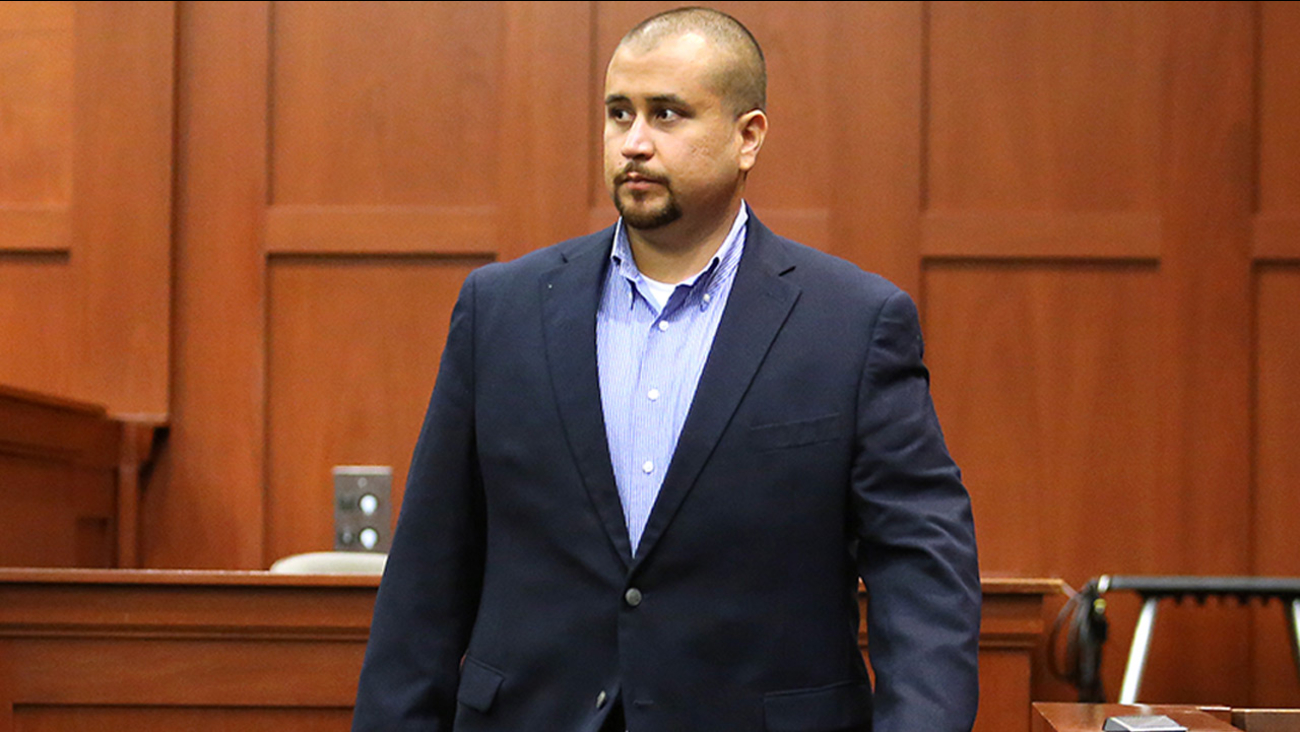 SANFORD, Fla. (KABC) -- George Zimmerman was punched in the face after he allegedly bragged about killing Trayvon Martin while at a Florida restaurant, according to a sheriff's department report.

The Seminole County Sheriff's Office said the incident happened at Gators Riverside Grille in Sanford, Florida, at about 5:45 p.m. on Sunday.

Zimmerman had approached a table to talk to a man about his tattoos, according to the report.

While talking about the tattoos, the report states another couple at the table said Zimmerman started to brag about who he was, even pulling out his identification as proof.

"I love your tattoos, my name is George Zimmerman, you know that guy who killed Trayvon Martin?" Zimmerman said, according a witness statement to deputies.

The couple said Zimmerman proceeded to brag about how he was the one who killed Martin, an unarmed 17-year-old boy, back on Feb. 26, 2012.

According to the report, a large man in an orange shirt, only identified as "Eddie," approached Zimmerman and asked, "You're bragging about that?"

The man warned Zimmerman he better leave the restaurant, the report stated.

In a statement to deputies, Zimmerman said about two minutes later the man approached him again and punched him in the face, pushed him and knocked a phone out of the hands of one of Zimmerman's friend who tried to record the encounter on video.

Deputies said restaurant staff were able to intervene and deescalate the situation.

Zimmerman told deputies he was not bragging about killing Martin, and that the people at the table noticed him and asked if he was the man who killed Martin.

The people at the table asked him to prove it, and that's when he pulled out his identification, according to Zimmerman's statement to deputies.

Zimmerman said as he was attempting to explain that he shot Martin in self-defense, a man named Eddie approached him and asked if he was bragging about killing Martin.

He tried to avoid the confrontation, Zimmerman told deputies, stating, "I am not looking for any trouble."

After Eddie punched him in the face, Zimmerman said he called 911.

Deputies said Eddie was wanted for battery and was last seen riding off on a Harley Davidson motorcycle.

Zimmerman was a neighborhood watchman in Sanford, Florida, when he shot and killed Martin.

Since his acquittal, Zimmerman has had several brushes with the law, including allegations of assault by girlfriends, and his wife claiming he smashed her iPad.

Charges were either dropped or not pursued because of a lack of evidence in those cases.