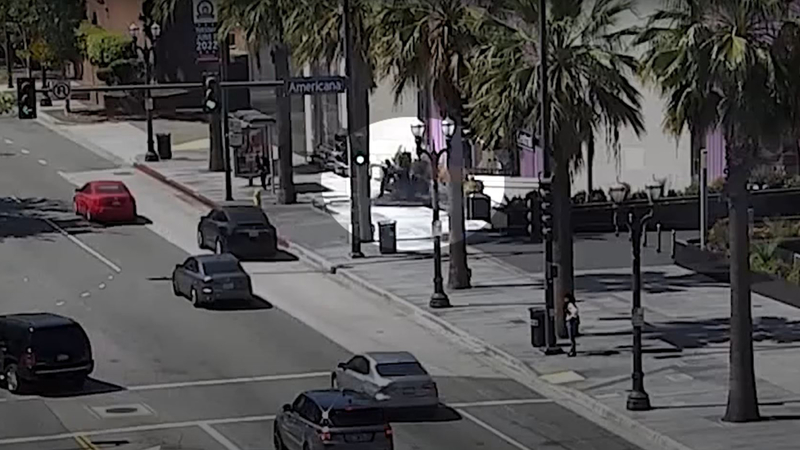 GLENDALE, Calif. (KABC) -- Glendale police released video of a vicious beating hoping the public can help identify the man who assaulted a 71-year-old on the street for no apparent reason.

Authorities released a video of the attack that occurred just before 11 a.m. on May 10 in the 200 block of South Central Avenue.

Police say the suspect walked up to the victim and attacked him.

The victim, a homeless man, suffered serious injuries after being punched repeatedly in the face.

The suspect was described by police as either a white or Hispanic male, 30 to 40 years of age, medium build and clean shaven. He was last seen wearing a black cap, a dark blue tank with white stripes, and khaki-colored pants.