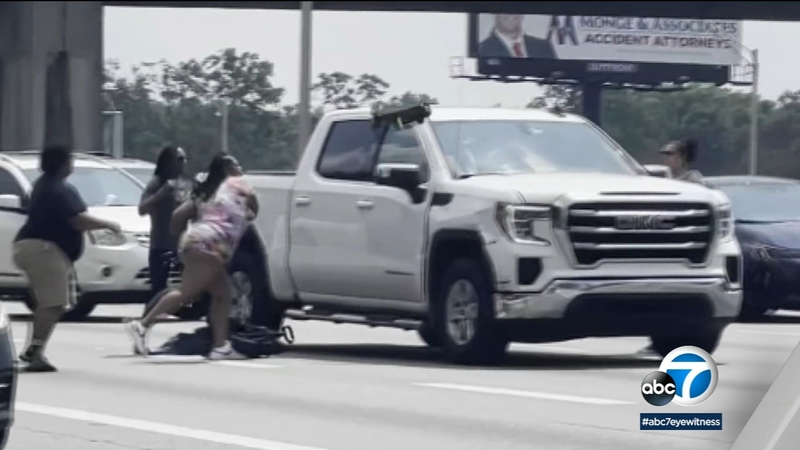 Good Samaritans smash window to save driver having medical emergency

ATLANTA (KABC) -- The wild scene, captured on video by a passerby, at first glance looks like a case of road rage. But it's actually the very opposite.

The good Samaritans trying to smash the windows of a pickup truck on a busy Atlanta highway on Sunday were doing so because the driver was having a medical emergency -- while the vehicle was moving.

"I looked over to the right and I saw an older guy driving his car," said Juordin Carter, "but he was leaned over. He had passed out."

A woman busted out the rear window and Carter's friend Jelani Campbell jumped into action.

"I immediately got on the truck, started kicking the rest of the windshield down," Campbell said. "That is when I slid in and unlocked the door."

Video shows a fight that started on the 60 Freeway in Ontario and had to be broken up by police.

With the doors open, Carter comforted the man.

"I was just trying to keep him here with me in this moment," Carter said.

Campbell grabbed the man's phone and called his wife.

"I stayed right there and let her know everything that's going on and what hospital and to follow up and let us know," Campbell said.

The good Samaritans stayed in touch with the man's wife, who said he was still in the hospital Wednesday but was doing better.