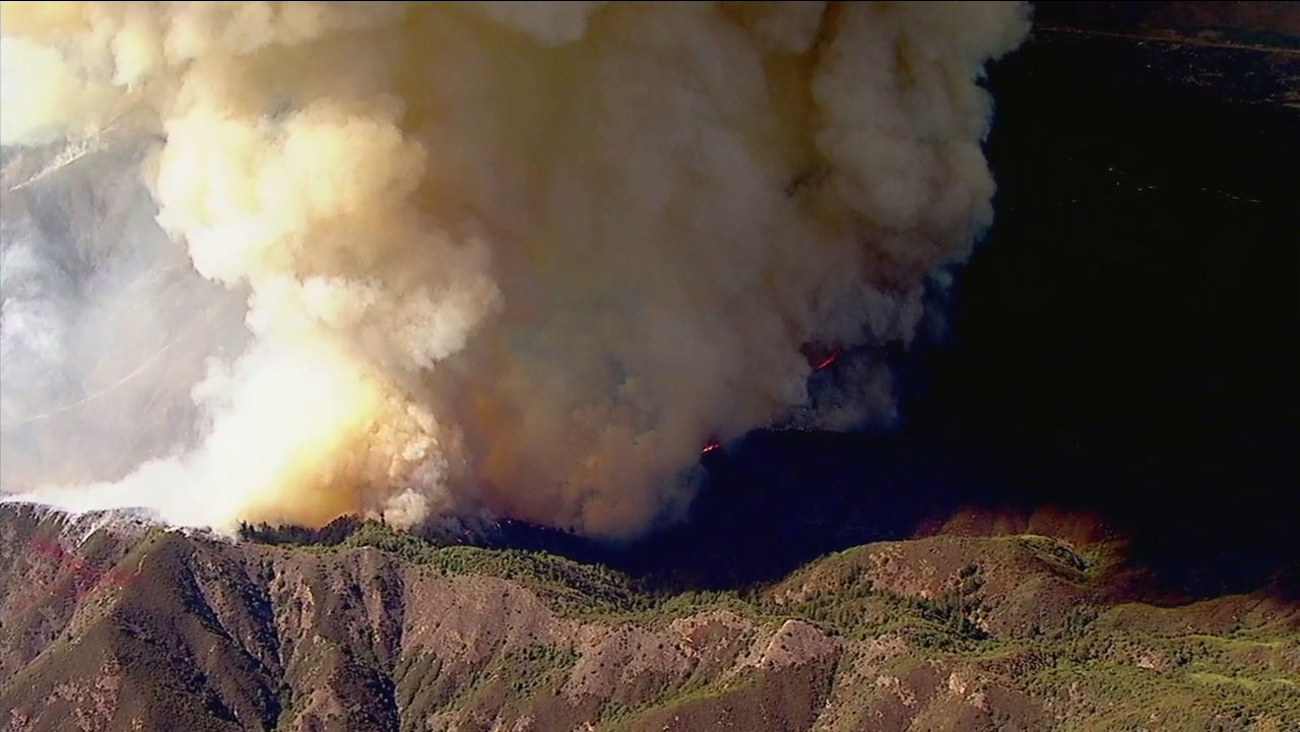 A plume of smoke goes up in the air as brush burns in the Holy Fire in the Trabuco Canyon area on Monday, Aug. 6, 2018. (KABC)

LAKE ELSINORE, Calif. (KABC) -- Gov. Jerry Brown declared a state of emergency for the Holy Fire burning in Orange and Riverside counties, which is threatening hundreds of neighborhoods.

Brown issued the proclamation Thursday night as the brush fire continued to ravage hillsides in the Cleveland National Forest and burn dangerously close to homes in Lake Elsinore and parts of Corona.

The brush fire, which burned at least 9,600 acres, started Monday and quickly exploded in size. So far, 12 structures were destroyed on the Orange County side, but nothing has been damaged on the Riverside County side.

No injuries have been reported, but hundreds of firefighters and dozens of aircraft work amid hot temperatures and humid conditions during the day and overnight to fight the fire.

On Wednesday, authorities arrested 51-year-old Forrest Gordon Clark on suspicion of felony arson among other charges in connection to the blaze. He was charged Thursday morning and failed to appear in court.