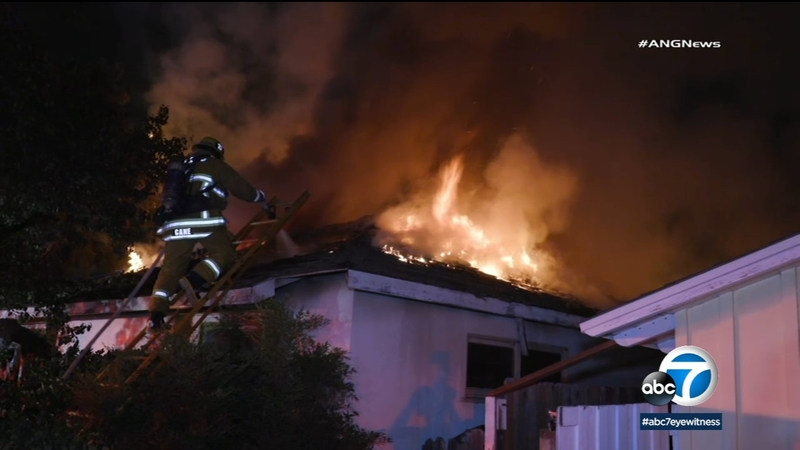 The blaze erupted about 5 a.m. at a house in the 10407 block of North Densmore Avenue, prompting a response from more than 70 firefighters, according to the LAFD.

The victim's 76-year-old husband managed to escape the burning home before firefighters arrived.

Massive flames engulfed the single-story structure, whose roof partially collapsed, officials said. There appeared to be no smoke alarms in the home, they said.

Firefighters' efforts were hampered by the storage conditions inside and outside the home, the LAFD said. They had to pull items out to be able to maneuver. The fire was knocked down within 50 minutes.

There had been been multiple complaints about things accumulating at the home. Items were piled shoulder high inside the home, according to LAFD.

The identity of the deceased woman was not immediately released.