5 breath-taking facts about the Grand Canyon 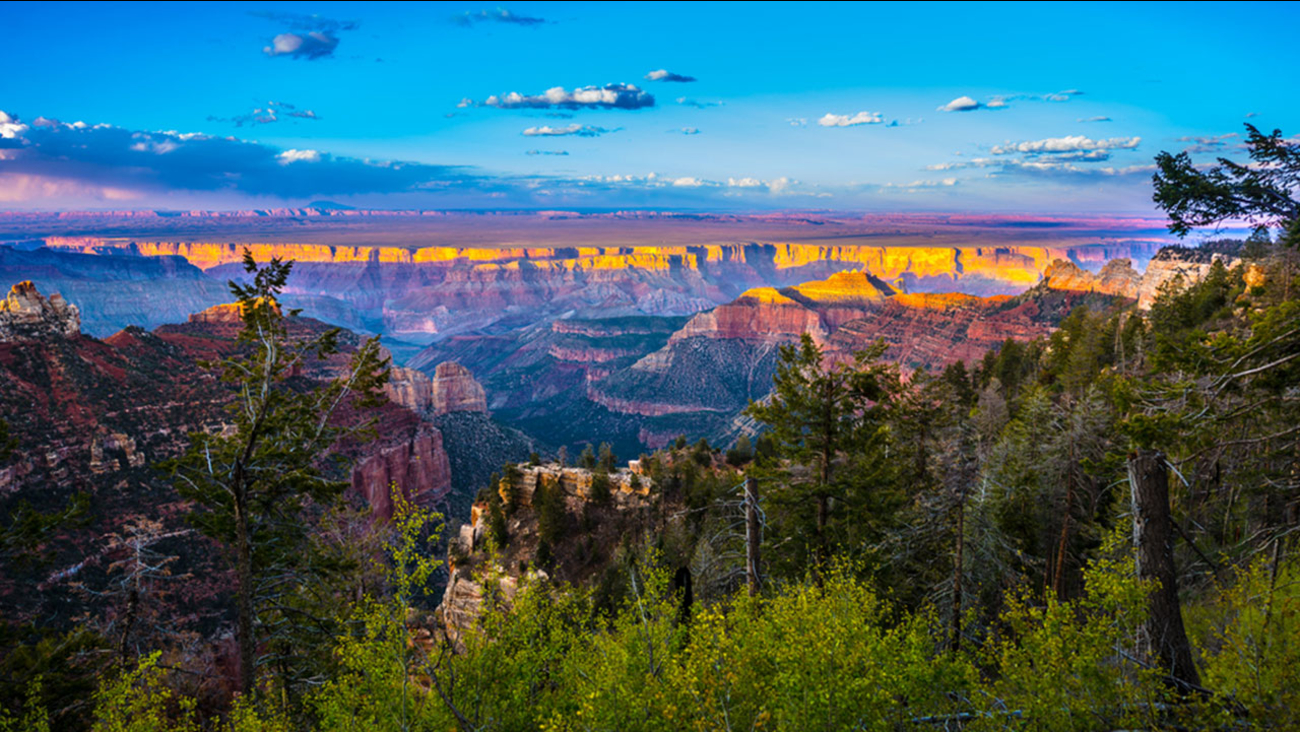 The sun sets over the northern rim of the Grand Canyon in a file photo. (Shutterstock)

Monday marks 108 years since the Grand Canyon was declared a National Monument.

It's "the one great sight which every American should see," according to Theodore Roosevelt. As the only of the Seven Natural Wonders of the World entirely in the United States, it's not hard to understand why the Grand Canyon would merit that kind of comment, especially when you really stop to think about its incredible size and history.

Here are five facts that prove the Grand Canyon has truly earned its name.

It's completely and utterly massive

It's no wonder visitors come from all around just to gawk at its size. At its widest point, the Grand Canyon is 18 miles across. At its deepest point, it's one mile top to bottom -- that's tall enough to stack nearly 35 Statue of Liberties on top of each other. And it's long -- 270 river miles, which about the length of 6,000 commercial airplanes laid end to end.

It is one of the nation's most popular parks

Today, the Grand Canyon sees 5 million visitors a year. That's quite a bit more than the 45,000 annual visitors it received shortly after being made a National Park in 1919. If you want to be one of those visitors this year, be sure to book your reservations in advance.

It's enriched by a variety of flaura and fauna 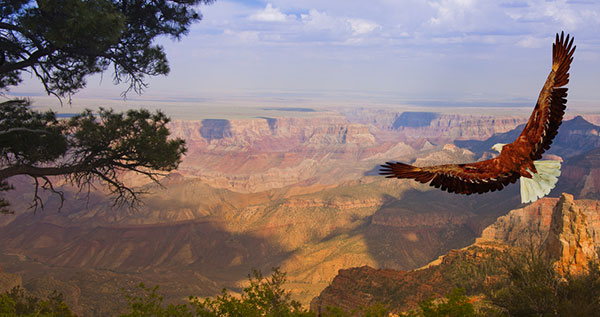 An eagle takes flight over the Grand Canyon in a file photo.

When you think of the Grand Canyon, you probably think of rocks, not plants and wildlife, but the canyon is home to 355 bird species, 89 types of mammals and 56 types of reptiles and amphibian species. In fact, the Bureau of Land Management lists among its reasons for being deserving of preservation its "outstanding biological resources including giant Mojave yucca, trophy-quality mule deer, California condor, desert tortoise, and southwestern willow flycatcher."

It's as old as mankind

Believe it or not, the Grand Canyon is actually considered young compared to other rock formations. But that doesn't mean it was formed yesterday. The canyon itself is thought to have formed around 6 million years ago, which is older than most estimates of the age of mankind. If you look at individual rocks, though, it gets really old. Some are aged 2 billion years, half as old as the oldest rocks in the world.

It's not done growing

The size of the Grand Canyon is hardly set in stone. Scientists believe it was formed by massive floods that carved out the shape in rapid spurts, rather than a gradual formation. Because of this and its relatively young age, scientists believe there is still some shaping and molding in store for this National Monument's future.
Related topics:
traveldistractiongrand canyonbuzzworthyhistoryu.s. & world
Copyright © 2022 KABC Television, LLC. All rights reserved.
TOP STORIES
Website for free COVID tests is here. How does it work?
Suspect identified in murder of 24-year-old woman in Hancock Park
Family seeks justice for teen found dead along freeway in South LA
Gov. Gavin Newsom offers college students $10,000 for public service
Felony charges are 1st in a fatal crash involving Autopilot
Fashion icon André Leon Talley dies at 73
Some issues arise on 1st day of USPS free COVID tests
Show More
Airlines worldwide rush to change flights over US 5G problems
Giuliani among Trump allies subpoenaed by Jan. 6 panel
Cracker Barrel to pay $9.4M after man was served glass with chemical
How an LA Rams internship helped this student tackle homelessness
New York AG says Trump's company misled banks, tax officials
More TOP STORIES News