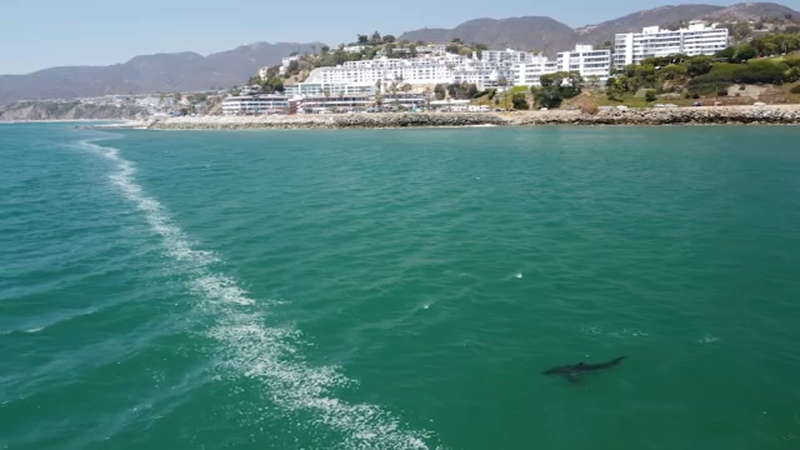 Chris Lowe, professor of marine biology and director of the Shark Lab at Cal State Long Beach, says that's not "unusual at all" for this time of year.

"Santa Monica Bay is known as a white shark nursery hotspot," said Lowe, who explained that the same Palisades coastline saw a flurry of shark activity from 2009-2013 - but went cold for many years.

He says it's interesting the sharks are showing up there again.

The number of great white sharks is increasing off the California coast, according to researchers, and they say this is a good thing.

Lowe's studies include what causes the sharks to move around - one possibility is environmental conditions.

"Our water temperatures have fluctuated quite a bit this summer. We had periods when it was warming up, then we had rapid cool periods, and that's causing sharks to shuffle."

Lowe says over the past 10 years, there's been no indication the sharks pose a threat to people.

Los Angeles County lifeguards have not reported any abnormal shark activity this week, but say any reports of 10 sharks in one area is considered high.

Surfer Robert Xaudaro told Eyewitness News he has faith the sharks will keep their distance.

"It's a little scary to think that there's great whites out there...but the amount of times I've been out here, I've probably swam with countless that have swam by," he said. "I think ignorance is bliss in this case."