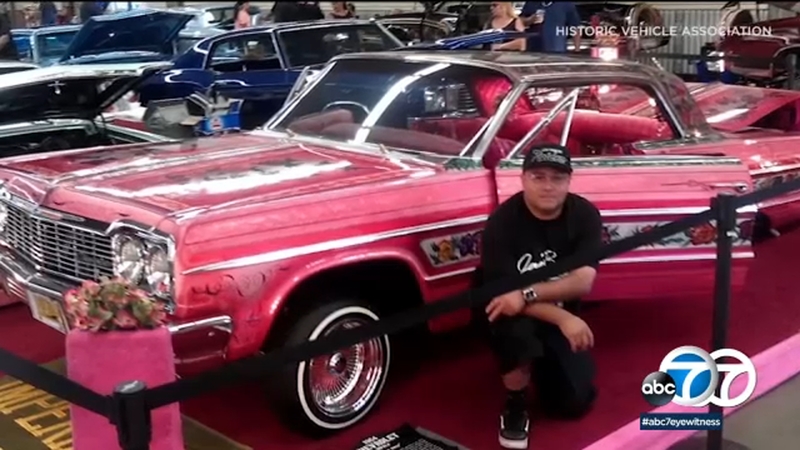 LA fans pay their respects to owner of most famous lowrider

EAST LOS ANGELES (KABC) -- With roses and broken hearts many gathered to give their last goodbye to Jesse Valadez Jr., owner of the world famous lowrider, the Gypsy Rose.

Valadez was known as Little Jesse. His passion for the lowrider community came from his father, creator of the Gypsy Rose and founding member of the Imperials Car Club.

Valadez died at the age of 45 after losing a battle to cancer.

More than two dozen car clubs from across the country and fans from as far as Japan came to pay respects.

Edgar Villegas designed Valadez's casket with the image of the Gypsy Rose, same as he did for Valadez's father, Jesse Sr. when he passed away in 2011.

After his casket was driven down Whittier Boulevard for one last ride, Valadez was taken to his final resting place next to his father.