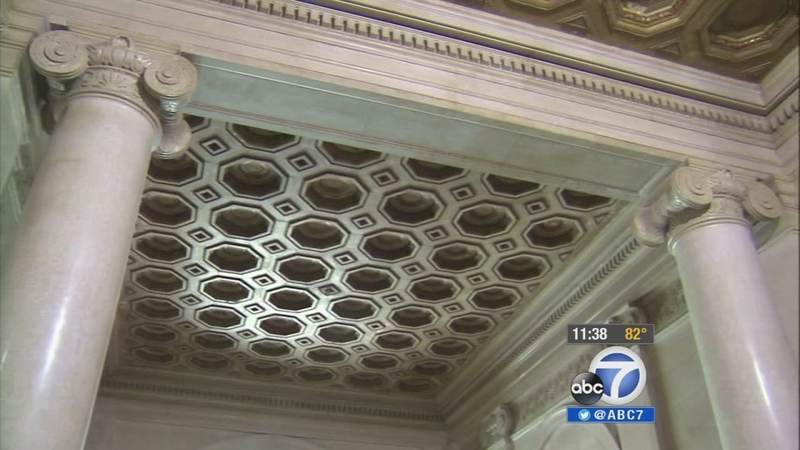 DOWNTOWN LOS ANGELES (KABC) -- After being shut down for 20 years, L.A.'s Hall of Justice reopened for business Wednesday. The city and county spent years restoring it to its former glory.

The landmark building was closed after the Northridge earthquake in 1994.

Built in 1925, the Hall of Justice was a central hub for L.A. County law enforcement, home to the sheriff's department, the coroner and even the court system.

"Having this building come back after 20 years in oblivion is exciting," said L.A. County Supervisor Zev Yaroslavsky.

The $233 million renovation began more than two years ago. The project created more than 300,000 square feet of modern office space that will once again be used by the sheriff's department and the district attorney's office.

Along with retrofitting the entire structure with the new steel skeleton, crews also worked to preserve some remarkable features, including courtrooms and the original jail cells, like the one that housed Charles Manson and other notorious criminals, in what will eventually be a museum.

"It's also a celebration of the men and women who defend and protect us," said L.A. County Supervisor Mark Ridley-Thomas.

Once the seat of government in L.A., the building has come to life again, evoking so much history. In the morgue, there are the autopsies of Robert F. Kennedy and Marilyn Monroe.

From the ornate ceilings to the original elevator buildings and halls of marble and granite, the Hall of Justice once again conveys a sense of justice and public importance.

"It isn't just a structure," said Los Angeles County District Attorney Jackie Lacey. "You feel like you're walking into a place where important decisions are made that affect the lives of others."