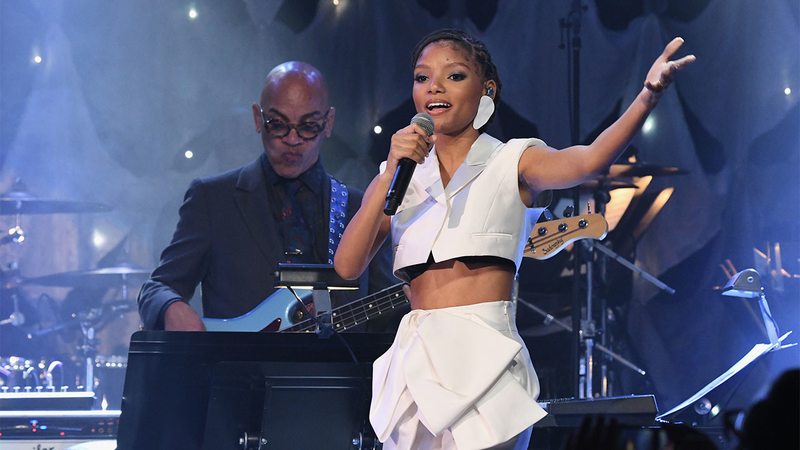 BURBANK, Calif. -- Halle Bailey is about to become part of our world.

Disney announced Wednesday that 19-year-old Bailey, half of R&B duo Chloe x Halle, has been cast as Ariel in the upcoming live-action adaptation of "The Little Mermaid."

Bailey is a regular on Freeform's "Grown-ish" and also appeared in "Austin & Ally," "House of Payne" and the made-for-television film "Let it Shine."

"After an extensive search, it was abundantly clear that Halle possesses that rare combination of spirit, heart, youth, innocence, and substance - plus a glorious singing voice - all intrinsic qualities necessary to play this iconic role," director Rob Marshall said in a news release.

In addition to Marshall, John DeLuca, Marc Platt and Lin-Manuel Miranda are on board as producers. The live-action version will include original songs from the 1989 animated hit as well as new tunes from original composer Alan Menken and "Hamilton" creator Miranda. Some of the tunes include "Under the Sea," ''Part of Your World" and "Kiss the Girl."

The studio is expected to announce additional cast members in coming weeks. Production will begin in early 2020.

Chloe X Halle, a pair of young musicians, are opening for Jay-Z and Beyonce on the On The Run II tour.