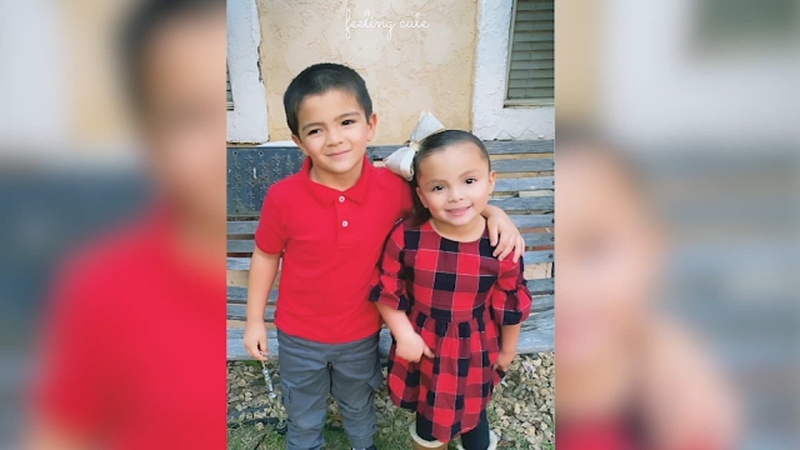 HARBOR CITY, LOS ANGELES (KABC) -- A $50,000 reward is being offered for information on the driver involved in a hit-and-run crash in Harbor City that killed a 4-year-old girl.

Jayda Sanchez, her 5-year-old brother and their father were leaving a park Friday night when a driver in front of them made an illegal U-turn in the 26000 block of South Vermont Avenue.

The father swerved to avoid a collision, causing the truck to rollover multiple times and crash into a light pole. Jayda died instantly. Her brother and father remained hospitalized Monday morning.

The children's mother, Adriana Rodriguez, on Saturday visited a memorial of candles and balloons set up near the crash scene.

A devastated mother is pleading for justice after her 4-year-old daughter was killed and her 5-year-old son was left seriously injured in a hit-and-run crash in Harbor City.

She said she can't believe her baby girl is gone. Born premature, she fought to survive only to have her young life cut short by a suspect who left her to die in the streets.

The Los Angeles Police Department said the driver of the other vehicle is still at large and a description of the fleeing vehicle was not immediately available.

"You know it was you, just come forward. You have to do the right thing. Give her justice," Rodriguez said.

A GoFundMe page has been set up to help Jayda's family.