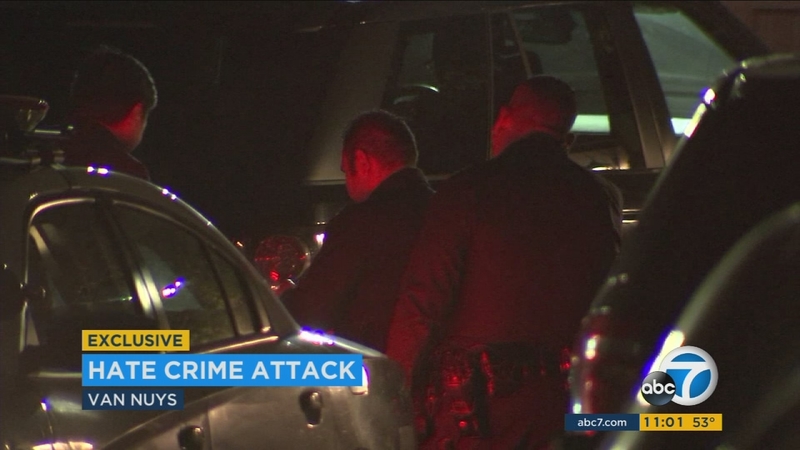 Authorities said a burglary was reported in the 7400 block of Vista Del Monte Avenue at about 7 p.m.

"We found that there was anti-gay graffiti that had been spray painted inside the residence," Sgt. Jerald Case with the LAPD confirmed to Eyewitness News.

Case said the victims were not home during the crime.

Neighbors say the owners have only lived in the home about a year and had just finished remodeling the entire house.

Authorities stated there was significant damage to the home and some items were also stolen.

"Anything that's a sensitive nature like this we take it very seriously," Case said.