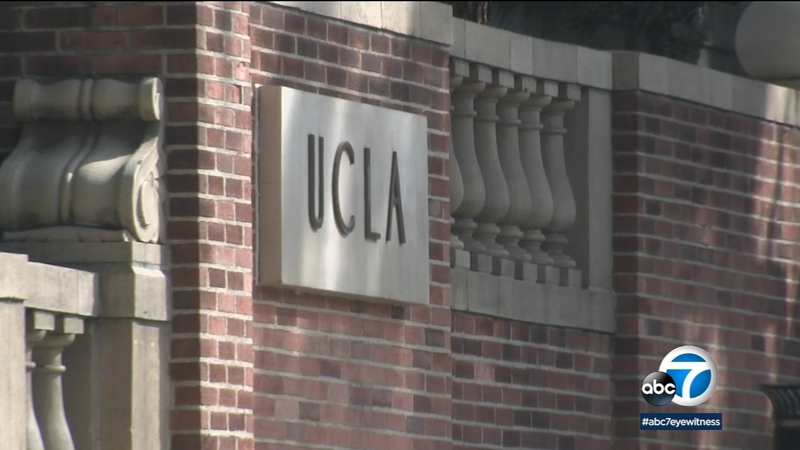 The launch comes after Los Angeles County's Commission on Human Relations released its annual assessment of reported hate crimes Friday and found that the number of such incidents is increasing.

According to the county's 2019 Hate Crime Report, although reports of hate crimes increased from 523 incidents in 2018 to 524 in 2019, they have been rising incrementally in the last several years. This is also the largest number reported since 2009, the report stated.

Four white men reportedly set a woman on fire in what is being investigated as a hate crime in Wisconsin.

UCLA's map, which includes data from January 2017 through October 2020, allows users to see the total amount of hate crimes in each state, with breakdowns of the number of crimes targeting victims based on race, religion and sexual identity, according to UCLA.

The site took its data from newspapers across the U.S., as well as from ProPublica and the Stop AAPI Hate Reporting Center, which monitors hate crimes committed against Asian American and Pacific Islander communities.

Stop AAPI Hate Reporting Center has tracked almost 2,700 attacks and incidents of harassment against Asian Americans and Pacific Islanders since mid-March, when the COVID-19 pandemic was in the beginning stages of spreading through the U.S.

Along with data from Stop AAPI Hate Reporting Center and other sources, the map shares stories about the crimes, collected from news websites and social media. The site also invites victims to submit their experiences with hate crimes.

"We want to send the message that it's not just the black-and-white numbers that count,'' said Shannon Speed, director of the UCLA American Indian Studies Center and professor of Anthropology and Gender Studies. "We believe that the value of the map lies in its ability to tell a story from the victim's perspective, which will augment official data. And we want to emphasize that even one attack is too many.''

Hate crimes in Orange County increased by 24% last year compared to 2018, according to an annual report released Wednesday by the OC Human Relations Commission.

The website will likely only cover about a fraction of hate crimes that are actually committed across the U.S., but the team has enlisted support from all of UCLA's ethnic studies centers and is pursuing collaborations with social justice organization to ensure that published accounts of hate crimes are added to the map.

Albert Kochaphum, who works for UCLA's Insitute for Digital Research & Education, designed the map with help from UCLA undergrad Chris Lam, who works in the UCLA College Social Sciences computing department, according to the university. The map can be viewed at www.hatecrimemap.com.

The county saw the most hate crimes reported in 2001, when more than 1,000 incidents were alleged.

From 2018 to 2019, the overall rate of reported hate-motivated violence increased from 61% to 65%, the highest percentage reported since 2007, the report stated.

The largest number of reported hate crimes took place in the Metro Service Planning Area, which stretches from West Hollywood to Boyle Heights, followed by the San Fernando Valley region, the report stated.

"During this pandemic, it's as important as ever to engage in ongoing dialogue and collaboration,'' Supervisor Kathryn Barger said. I thank the Human Relations Commission for this important and timely work that seeks to protect life and property against crime in all of its forms.''

After declining for two years in a row, the report stated allegations of white supremacist crimes in the county were up 38% in 2019.

Racially motivated crimes remained the largest category, making up 49% of all hate crimes.

The county stated African Americans only comprise 9% of county residents but make up 47% of racial hate crime victims. African Americans were also the majority of victims of sexual orientation and anti-transgender crimes.

A 24-year-old man has been arrested and charged in connection with the attempted murder of two transgender women in separate attacks in the Westlake District's MacArthur Park, prosecutors announced.

Anti-immigrant slurs were used in 48% of anti-Latinx attacks. Crimes targeting Asians and Pacific Islanders increased 32%, and crimes described as anti-Middle Eastern rose from 7 to 17, an increase of 143%.

Anti-transgender crimes rose 64% from 25 to 41, the largest number ever reported. The rate of violence was the highest of any victim group at 92%.

"It is troubling that hate crimes in L.A. County have been rising for six years in a row,'' Toma said. "We also saw the highest rate of violence in 12 years.''

In 2019, 75% of reported racial hate crimes and 32% of religious hate crimes were violent.

Crimes targeting gay men, lesbians and LGBT organizations comprised 19% of all reported hate crimes, and 79% of these crimes were violent, the report stated.

There were 48 crimes in which alleged perpetrators used specifically anti-immigrant language. This is the second-largest number of crimes reported with such slurs since the report started tracking xenophobic slurs in 2001.

Religious crimes rose 11% and made up 19% of all hate crimes, and 89% of these crimes targeted the Jewish community, an 8% increase.

Deputy Chief Kris Pitcher of the Los Angeles Police Department said officers have been tracking hate crimes in the city through 2020, and found a sharp increase in hate crimes reported against people of Asian descent.

For the first three quarters of the year, hate crimes against Asians rose from seven during the same time in 2019 to 14 in 2020.