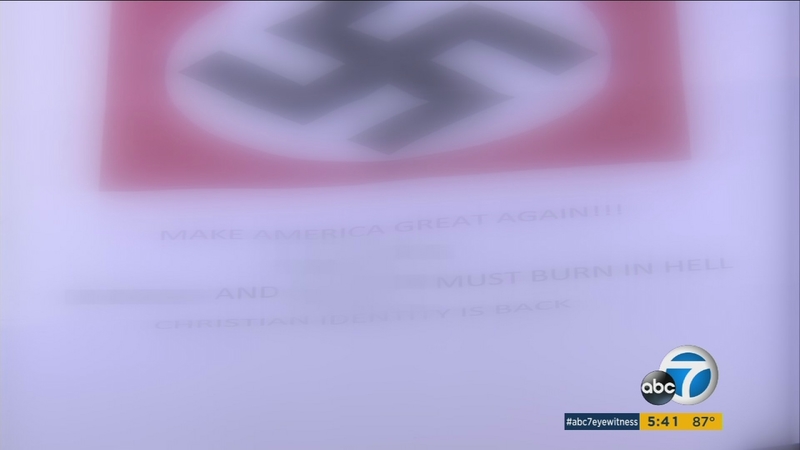 "This is just hatred. Just pure hatred and it just curdles my blood," said Hahn.

Mervyn Hahn, owner of the Los Angeles Diamond Factory for more than three decades, held up a copy of the letter. It had a large swastika on it and read in part, "Make America great again... Christian identity is back."

The letter also featured slurs against African-Americans and gay people.

That swastika, Hahn said, sent a shiver down his spine. His grandparents died in the Holocaust.

"Do you think we are dangerous to this country? Why don't you come and talk to us. We'll tell you. My wife and myself came here back in 1979 with no money as immigrants, built a life for ourselves, worked hard and live the American dream," said Hahn.

He also wondered why him, his business and now?

Someone also sent the same disturbing note to seven other businesses in New York City.

"These people are ignorant. You can't be angry with ignorant people," said Hahn.

At Los Angeles Police Department headquarters, Detective Meghan Aguilar said even if this isn't a crime, the act can't be minimized.