Man beaten to death after trying to run over group of people in Hawthorne, police say

Investigators say four men pulled him out of his pickup and began attacking him.
KABC 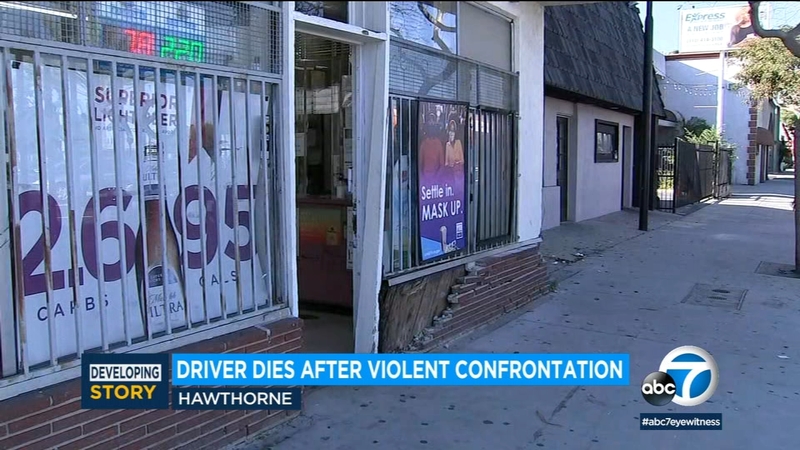 Driver killed after trying to run people over with pickup, police say

HAWTHORNE, Calif. (KABC) -- A driver accused of trying to hit a group of people with his car in Hawthorne over an altercation was beaten to death shortly after, according to police.

It happened on Saturday at around 2 a.m. in the 14200 block of Hawthorne Boulevard near the Rock It Sports Lounge.

Investigators said the driver, who was identified as 40-year-old Melguin Santos, got into an altercation and was kicked out of the establishment. That's when police say he got into his car and tried to run them over.

Santos ended up missing the people, but crashed his vehicle into a nearby building, according to investigators.

Police say four men pulled Santos out of his pickup and began attacking him. They're now considered suspects in his death.

"Hawthorne Police officers saw the driver lying on the ground, suffering what appeared to be blunt force trauma," read a statement issued by the Los Angeles County Sheriff's Department, who's assisting in the investigation. "Paramedics provided life-saving measures, but [Santos] was pronounced deceased on scene."

Anyone with information is urge to contact the Los Angeles County Sheriff's Department's Homicide Bureau at 323-890-5500.