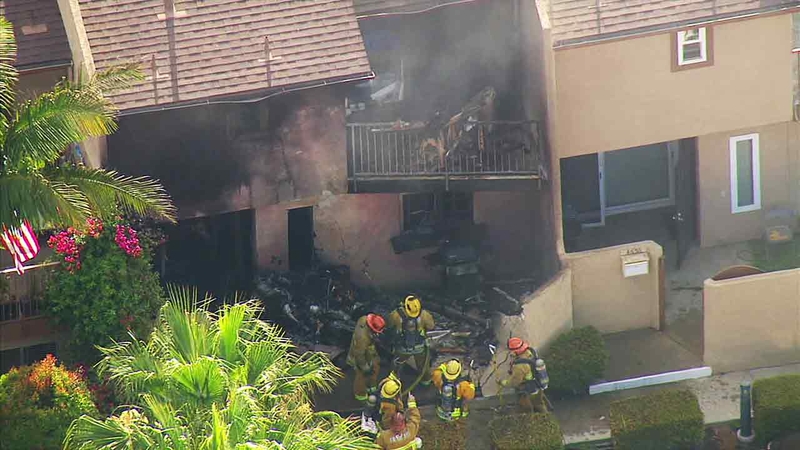 HAWTHORNE, Calif. (KABC) -- Two people were killed after a small plane crashed into a two-story townhouse in Hawthorne on Friday, according to officials.

The Los Angeles County Fire Department said a single-engine plane crashed into a townhouse in the 4600 block of Broadway.

A small plane hits an apartment killing 2 people on board. No one was home at the time. pic.twitter.com/XjLkLXYEZu

Fire officials said two people, who were in the plane, were found dead at the scene.

A fire sparked, but has since been knocked down, the fire department stated.

Two units in the townhouse were impacted and all the occupants who lived there were not home at the time of the crash, according to fire officials.

"We all heard a big boom," Delano Beckles, who lives next door to one of the units that was hit. "They thought it was an earthquake, but I thought one of the trees fell out here."

The Federal Aviation Administration said the plane was a Grumman American AA-1B. The FAA and the National Transportation Safety Board will investigate the crash.