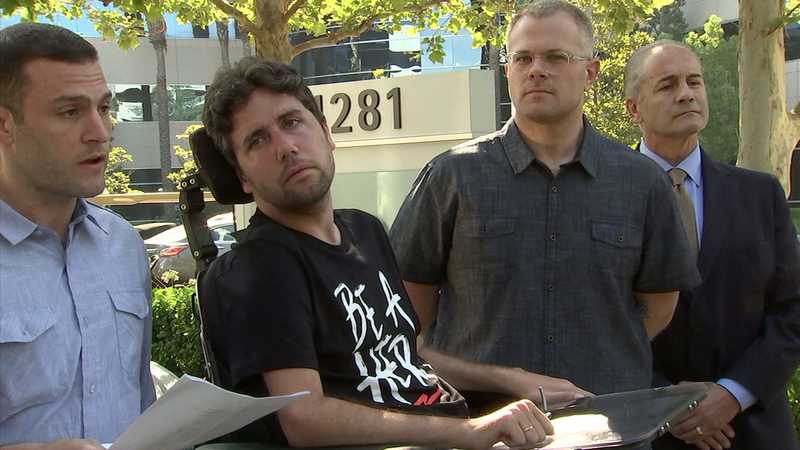 He was diagnosed two years ago with ALS, a condition that attacks the nerves and debilitates the muscles.

In a YouTube video he says goodbye to his toddler son and he describes his mission as a healthcare activist to broaden access to affordable care.

Monday Barkan came to the headquarters of his provider, Health Net of California, to announce the class-action lawsuit he just filed against the company.

The complaint describes his ordeal in obtaining a medication and a ventilator which Barkan's doctor had authorized.

Health Net ultimately approved payment, but only after Barkan mounted a labor-intensive challenge and waged a high-profile campaign on social media.

"I have tens of thousands of followers on Twitter - that is why they backed down," says Barkan.

The lawsuit alleges a breach of contract by Health Net saying that its system for denying benefits is stacked against plan members.

Navigating the appeals process was overwhelming even for Barkan who is a graduate of Yale Law School.

Health Net issued a statement saying that it could not specifically address Barkan's suit because of privacy issues, but that "we take the concerns of our members seriously and, when complications arise, our team works diligently to gather the facts and resolve the matter in a timely fashion."

Barkan was joined by other plan members who have battled substance abuse and endure prolonged suffering because medications are denied.

Meantime, Barkan proceeds with his #BeAHero campaign to widen access to healthcare, lamenting he is paying a heavy price.