Chronic cough and sore throat may be related to 'silent reflux' 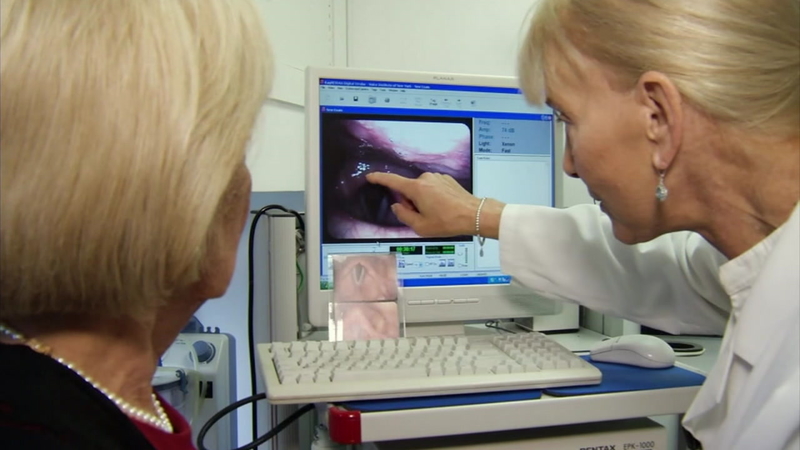 'Silent reflux' may be related to chronic cough and sore throat

You may get a scratchy, hoarse throat and feel like you've got a cold coming on. But you might be surprised to find out that the culprit could be in your stomach.

Your issues might stem from something experts refer to as "silent reflux". Silent reflux, unlike GERD, doesn't show the traditional signs, like burping, heartburn and nausea. It shows up more as hoarseness, chronic cough, and noisy breathing.

Susan Howard is a registered nurse and volunteer teacher, and found that she started experiencing problems speaking in front of her large class.

"I'd lose my voice and say just bear with me," Howard said.

Lisa Smelkinson said her symptoms appeared suddenly and were tough to ignore.

"I remember distinctly having lunch with a friend and coming home and coughing to the point of almost vomiting," Smelkinson said.

Both women were treated for months for what doctors thought were colds, allergies or asthma, until they visited Dr. Jamie Koufman, Director of The Voice Institute of New York.

"The problem with the idea that it's asthma or a cold is that the symptoms don't go away," Koufman said. "Even after the asthma is treated they continue to have symptoms."

Koufman said with silent reflux, neither the lower valve or upper valve is working properly.

"So what's in the stomach is in the esophagus, is in the throat, and it sits there at night," she said.

Experts said if you have trouble breathing in, but not out, the problem could be reflux. Koufman points out that one of the biggest risk factors is eating too much right before bed.

She also suggests that people sleep on a 45 degree incline, leave four hours between your last meal and bed, and avoid junk food, soda and chocolate milk.

Other doctors may also suggest a two week elimination diet where you eliminate acid forming foods as well as those that are difficult to digest. Many of those diets eliminate or curtail foods like alcohol, coffee, spicy foods and dairy.

For Smelkinson the information she learned about silent reflux had a lot of impact.

"No physician ever said to me it's dietary-related," Smelkinson said.

"I tell them you won't need me in a year," Dr. Koufman said.

For many patients, lifestyle changes help make this the last stop in a long search for answers.

Both Smelkinson and Howard said their symptoms have significantly decreased since they made dietary changes.